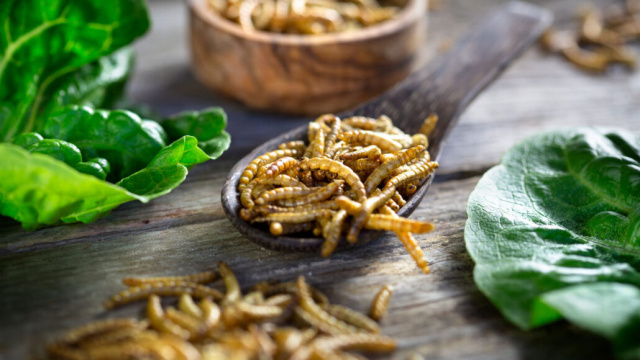 Domestic crickets and mealworm larvae will be allowed as food in the European Union under new regulations, DPA reported, quoted by BTA.

Domestic crickets can be eaten frozen, dried or powdered from Tuesday, and the use of mealworm larvae in food will be allowed from Thursday.

The European Commission is currently considering another eight applications to authorize the consumption of insect products, as producers must apply for authorization for each insect species they wish to place on the market.

Food containing insects must be labeled as such in the EU, including the name of the species.

According to the committee's assessment, the house cricket and mealworm larvae are safe for human consumption, but may pose a risk to those with food allergies.

Insects are considered nutritious and high in protein and are part of traditional cuisine in many countries. They can also contribute to a sustainable diet as they can be grown with relatively few resources.

"Deutsche Welle" notes that the powder from the house cricket will be able to be put in all possible foods. In bread and rolls, in pasta and cake mixes, in sauces and soups, in meat and milk substitutes, in potato products or in chocolate, but also in other products. In such a case, the products cannot be labeled as vegan or vegetarian.

The publication also writes that from Tuesday only the Vietnamese company Cricket One can offer partially defatted domestic cricket (Acheta domesticus) powder on the single market in the EU. The cricket was already included in the list of new foods after an analysis of scientific studies.

And from Thursday, January 26, larvae of the flour beetle (Alphitobius diaperinus) will be able to be processed.

However, it is not yet clear whether and how quickly these products will be introduced to the market. Until now, the insect food range is "really a very, very small niche market," explains food chemist Armin Vallet of the Consumer Advisory Center in Hamburg.

Insects must be labeled as an ingredient on product packaging. The European Commission clarifies: "Everyone can decide for themselves whether to buy food produced from or containing insects." For his part, Vallet calls for clear labeling on packages. And in a way that is easily understood by everyone. For example "insect biscuits" or "insect paste".