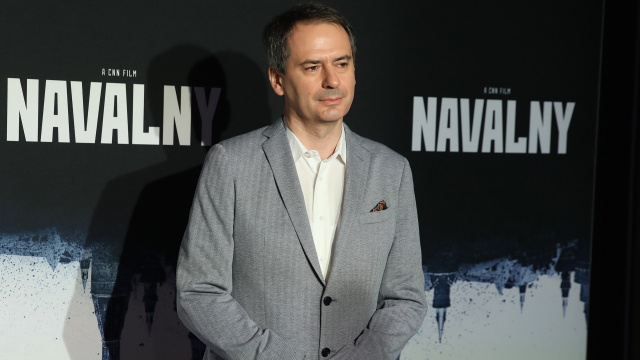 The documentary about the Russian opposition leader Alexei Navalny, in the creation of which the Bulgarian journalist Cristo Grozev from the Bellingcat platform also participated, has been nominated for an Oscar.

In August 2020, a plane from Tomsk to Moscow made an emergency landing because one of its passengers, Navalny, was in danger for his life. The doctors found that he was poisoned, later it turned out that the poison was "Novichok". The documentary follows the work of Navalny and Grozev as they uncover Federal Security Service (FSB) agents involved in the poisoning, but they don't stop there. Navalny calls each of them asking why they did it.

The film won the two key awards at the 2022 Sundance Independent Film Festival in the US. The first award is for "Best Documentary according to the audience" - and it is awarded every year to the film rated the most by the audience. The second "Festival Favorite" - is given far less often and shows that it is first among all 84 other films at the festival this year.

The 90-minute production about Putin's biggest critic was filmed in Germany in late 2020, when Navalny was recovering from Novichok poisoning.

Initially, Daniel Rohr had a plan to shoot a film on a different topic with Christo Grozev, but the Bulgarian journalist went on the trail of the perpetrators of the attack on Navalny. Grozev contacted Navalny and went to Germany to meet with him and to pass on the information he had discovered. Rohr also traveled with him and began to shoot. It turns out that Alexei Navalny's team was then already considering making a film - this marked the beginning of their joint partnership.

The production ends with the politician returning to Moscow in January 2021. He was arrested by the authorities immediately after landing, and his suspended sentence became effective - 2 years and 7 months in prison.

Russia still denies involvement in the attack despite revelations, confessions and independent lab reports about the Novichok attack.

Bulgarians can watch “Navalny” on the streaming platform HBO Max.