Mexico deported 27 Bulgarian Tourists in the span of 3 Months, Some were Kept in Cells for 4 Days 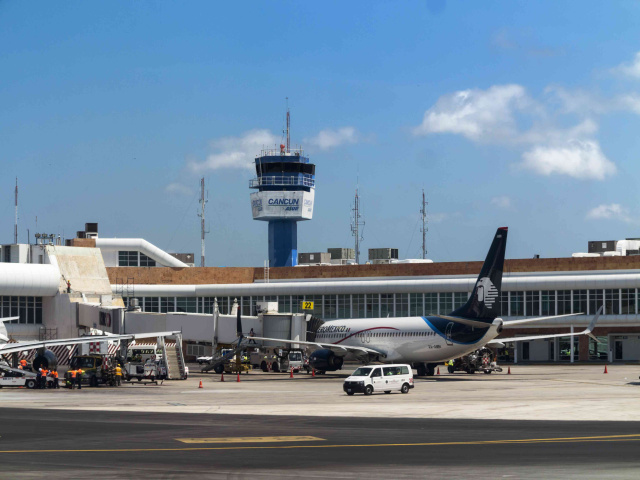 The authorities in Mexico have selectively deported a total of 27 Bulgarian tourists from six travel agencies from October 2022 until now. In one of the cases, Bulgarians were kept in a cell for four days.

The "Future of Tourism" Association has raised the alarm about the problem, which has appealed to the ministries of tourism and foreign affairs, our embassy in Mexico and the honorary consul of Mexico in Bulgaria.

The Ministry of Tourism has been working on the case for several days. The Directorate of Consular Relations told Bulgarian media“OFFNews” that there will be official information about the case later in the day.

"The cases of non-admission of Bulgarian tourists with all the necessary documents to the territory of Mexico began in October 2022, and all of them are at the airport in the coastal city of Cancun," said Deputy Chairman of the FOT Dimitar Baltov in a position of the association, quoted by BTA.

Immediately after the plane landed, some of the passengers from Eastern Europe and former Soviet republics were turned away and taken by uniformed persons to separate rooms, where their mobile phones were taken away and they were expelled back on the same plane with the argument that they did not have a prepaid hotel and cannot reside in the country.

Victims say that no one cares about the vouchers issued, the authorities are rude and none of them speak any other language than Spanish.

"Until now, 27 Bulgarians have been deported part of 6 tour operators without explanation. The first case was from October, then there was one from December and already several in January. All the deported were from the airport in Cancun," Dimitar Baltov told Bulgarian media ”Mediapool”.

He explained that the most scandalous case involved four tourists, whose health and even life were threatened. The Bulgarians were detained and imprisoned in cells for 4 days - from January 9 to 13, without explanation, without any possibility of contact with the tour operator, with our embassy or with their family. They were not provided with food.

According to Baltov, the behavior of the authorities in Mexico speaks of a violation of international law. "It is about tourists who always pay a lot, who travel a lot, have traveled half the globe and have never encountered anything like this before. For their ’vacation‘ in Cancun, which turned into a nightmare, they paid a minimum of 2,000 euros. Apart from everything else, the luggage for a significant part of the deported clients, was lost and has not been restored," commented Baltov.

After the incident in December, the tour operator sent a letter to the Ministry of Foreign Affairs and received a reply, according to which the reason for their deportation was the lack of pre-paid holiday vouchers, which does not correspond to reality.

"As a reason for refusing entry to Mexico, the authorities cite inconsistencies in the information presented by the individuals when they were interviewed, and in particular - the lack of a prepaid hotel reservation, which is accepted as the inability to prove a residence address in Mexico. (… ) As a result of meetings held by a representative of the Embassy of Bulgaria in Mexico with employees of the National Migration Institute, reasons similar to the ones mentioned in the above letter were provided for the refusal of Bulgarian citizens. Copies of the decisions issued to deny access to the territory of Mexico to the Bulgarian citizens, as upon receipt, they will be provided. The Embassy of Bulgaria in Mexico continues to maintain contact with the Mexican authorities, with a view to clarifying the situation," says the letter of our Foreign Ministry to the tour operator.

The Deputy Chairman of the FOT, Dimitar Baltov, claims that the Mexican authorities are selective about who to deport from the group. On average, between 5 and 10% of Bulgarians traveling to Cancun have encountered the problem in the last month.

The only case with a favorable outcome is that of four tourists from a third travel agency. The Mexican authorities confiscated their phones, but one of the group had a smart watch and managed to send a message to the Bulgarian consul in Mexico. After his intervention, the tourists were admitted to the territory of the country, according to the “Future of Tourism” Association.