Bulgaria: Mayors Buy Medicines for Entire Villages as 1/3 of the Pharmacies in the Country are in just 3 Big Cities 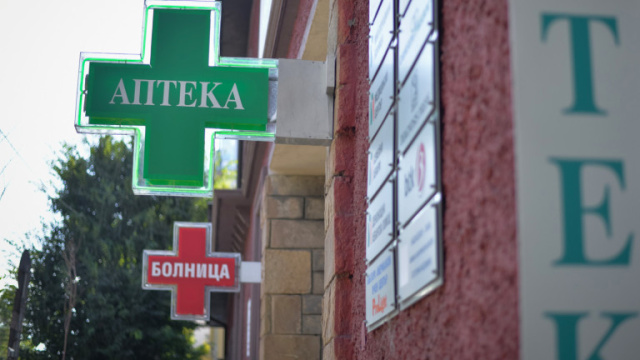 Hundreds of residents of small settlements in Bulgaria continue to be without access to medicines.

According to data from the Executive Medicines Agency, by 2021 the number of pharmacies in our country was 3,300, with a third of them concentrated in Sofia, Plovdiv and Varna.

According to an analysis by the Institute for Market Economy, there is not a single pharmacy in 20 municipalities, and in 40 there is only one pharmacy.

Entire municipalities in the country remain without pharmacies

“Ensuring the population's equal access to pharmaceutical services should be the job of the state, not the private initiative,” believes Angela Mizova, vice-president of the Bulgarian Pharmaceutical Union and owner of a pharmacy in a small town.

“In Bulgaria, there is no regulation whatsoever on where and how many pharmacies can be opened. For years, the Pharmaceutical Union has been raising the alarm about the concentration in big cities and the lack of pharmacies in smaller towns,” Mizova recalled.

"In order to make a more correct distribution, the first step was the creation of a pharmacy card, which is in process," she specified.

"The law clearly regulates where medicines are dispensed from and who dispenses them. However, dispensing means to the patient, with the corresponding pharmaceutical consultation. It is not that it is impossible for a close relative to receive the medicines. But when a person, even if he is authorized by the state - such as a mayor, is engaged in such a function, I am not convinced that he could carry out this transmission of information correctly to each of those in need," said Angela Mizova on the air of BNR.

"There was an idea for affiliates, they are a slightly more feasible option, but they still have to be served by a master pharmacist at the respective parent pharmacy."

“The legislator has completely left the initiative, responsibilities and consequences of the economic decision in the hands of the pharmacy owner. At the same time, he is expected to carry out social activities,” emphasizes Angela Mizova on the contradictions in the system.

The state does not support the existence of these objects in places where economic logic does not allow it, Mizova emphasized to the Bulgarian National Radio.

"It can be public-private partnerships, municipal subsidies for some type of activity. Mechanisms can be found so that it makes financial sense for the pharmacy to do it."

The problem can only be solved with the intervention of the state and a special state subsidy scheme, pointed out Borislav Borissov from the Association of Bulgarian Villages.

"In practice, we work with over 1,500 villages. We have a clear picture of the problem," he said.

According to him, solutions are currently being sought on the edge of the law, as prescriptions are collected in the villages and medicines are purchased from the cities without the mandatory consultation of the patients.

Borissov is adamant that the pharmacy network cannot be the subject of a private initiative, as this is financially unjustified.

"98-99% of the drugs are prescribed by the NHIF (НЗОК). The commercial margin is so minimal that even if the regime is liberalized and an assistant pharmacist is in charge of a given settlement, it is unprofitable."

In view of the return of many people to the villages, Borislav Borissov sees a possible step in mobile teams of doctors, who would also have the basic and most requested medicines.

"There has already been practice in the Rhodope Mountain region and the feedback is very good. But that was 2005-2012."

Regarding the possibility of placing vending machines in settlements without pharmacies, Angela Mizova noted that these machines can only be placed on the territory of an existing pharmacy.

"It can face the street, but it has to be part of a pharmacy."

This is because when taking medicine, a person should always have the opportunity to receive a consultation - it may not be at the moment, but this opportunity should be there, she emphasized.