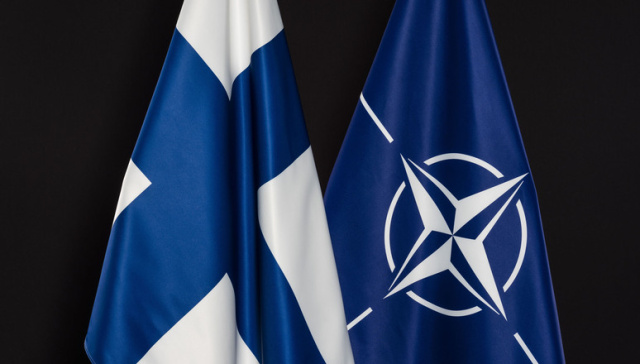 Finnish Foreign Minister Pekka Haavisto said in an interview with Yle (Finland's national public broadcasting company) published on Tuesday that his country may seek to join NATO without Sweden if Stockholm's bid is take more time to be approved.

Haavisto criticized protesters in Sweden who recently burned a copy of the Quran, saying they were "playing with the security of Finland and Sweden" and deliberately provoking Turkey not to approve the Nordic countries joining the alliance.

He added that he does not expect Ankara to ratify the proposal for Sweden and Finland to join NATO at least until Turkey's elections in May.

Earlier, Turkish President Recep Erdogan insisted he could not support Sweden joining NATO after the "ugly act" in the Scandinavian country, which he described as "an insult to anyone who respects the fundamental rights and freedoms of people, especially Muslims".

Meanwhile, the US has said both Scandinavian countries are ready to join the alliance.

Sweden and Finland applied last year to join the North Atlantic Treaty Organization following Russia's invasion of Ukraine. They now need the support of all current NATO nations to move forward with their application.

In his interview with Reuters, Finland's foreign minister indicated that a pause of several weeks was necessary in the negotiations between Finland, Sweden and Turkey regarding the plans of the two northern countries to join the NATO military alliance.

"We need a pause before we go back to the trilateral talks and see where we are when passions subside after the current situation, so no conclusions should be drawn yet," Pekka Haavisto told Reuters in a phone interview.

Finland and Sweden have repeatedly said they plan to join the alliance at the same time and that has not changed, Haavisto also told Reuters. "I don't see the need for a discussion about that," he replied when asked if Finland could potentially go ahead without Sweden.

However, this opinion of his is contrary to the statement given by him for the Finnish Broadcasting Company.