Vucic: Serbia has received an Ultimatum from the West to Normalize Relations with Kosovo 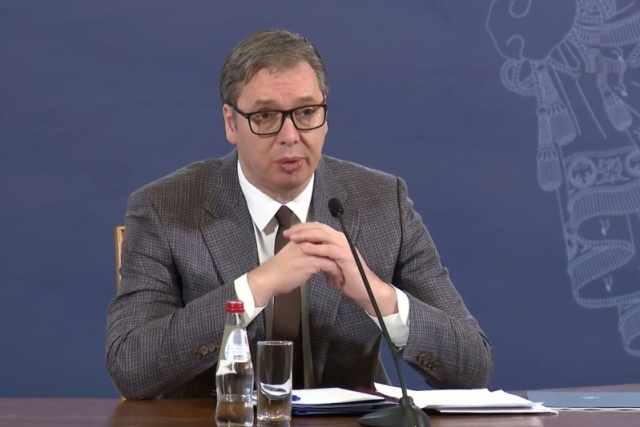 In an address broadcast on national television, Serbia's president, Aleksandar Vucic, said he had been presented with a proposal to resolve tensions with Kosovo.

At a meeting last week, representatives of the European Union, the United States, France, Germany and Italy threatened Serbia with the disruption of European integration, the suspension and withdrawal of investments and comprehensive economic and political measures that would cause great damage to the Republic of Serbia if Belgrade did not accept the offer.

Vucic did not elaborate on what it included, but stressed that without the EU, Serbia would be "isolated". He added that the Assembly in Belgrade will have to discuss the proposal and hinted at a possible referendum.

Vucic also said that the presented plan was prepared two months ago and was "recognized by all EU countries, including the five that did not recognize Kosovo."

According to Vucic, this plan is "part of the pressure of the West" to solve the Kosovo problem and is the result of the "changed geopolitical circumstances" because "the West has its own agenda, which includes the defeat of Russia and everything that stands in the way on this agenda, will be crushed," Vucic said.

Serbia has been a candidate to join the European Union for more than a decade, and the normalization of relations with Kosovo is a key condition for its application to progress.