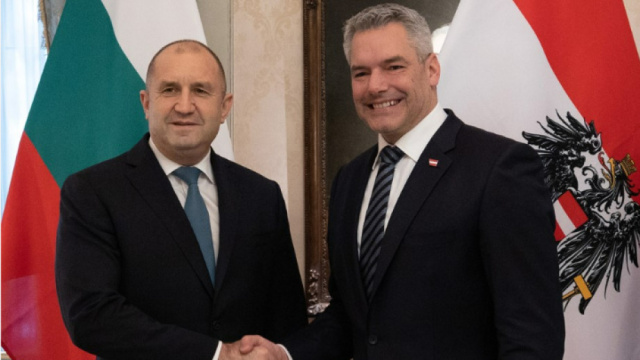 There is no change in Austria's position on Bulgaria's accession to Schengen, the Austrian Chancellor announced before his visit to Bulgaria.

Karl Nehammer and Minister of the Interior Gerhard Karner arrive in Bulgaria today. They have a meeting with President Rumen Radev, with whom they will visit the Bulgarian-Turkish border together.

"As long as the Schengen area is not functioning and, for example, Germany carries out border controls with other Schengen countries, such as Austria, as many other European countries do, we cannot expand this area. Therefore, Austria's Schengen veto remains in place until the situation fundamentally changed," Nehammer said, quoted by BTA.

"Bulgaria needs quick and appropriate support to protect the external border with Turkey. The Greek border fence can serve as an example." The high number of migrants apprehended in Austria shows that "the Schengen system is broken. As long as this system and the protection of the external borders do not work, there can be no enlargement."