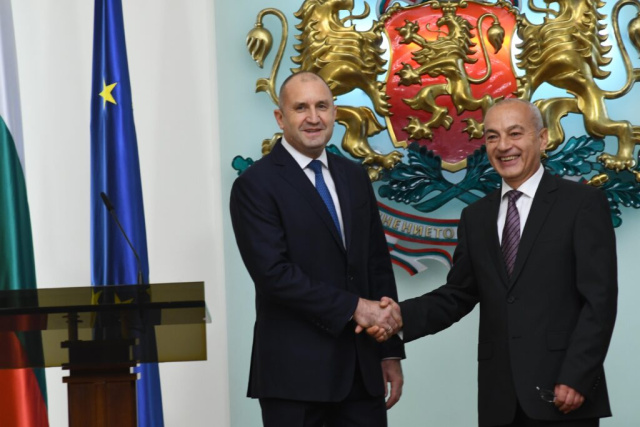 "There is no Radev model, there is a Constitution. It is written there, when the parties cannot form a government, the president forms one. Yes, the next caretaker prime minister will be the old caretaker prime minister. The caretaker government is a counterpoint to feudalization and stagnation. People will look for the team management model. In the next elections, the political space will be fragmented and the government will have to be a coalition. There will be a fight for ministerial seats again. The caretaker government began to implement the platforms of the political parties one by one, erasing them from their slogans."

This was stated by President Rumen Radev during a long interview with "Darik Radio". He also tried to answer the question why he handed over the mandate to BSP. In his words, when a decision is made to hand over a mandate, all possible situations are analyzed, the reasons that could lead to the explosion of a coalition in its infancy are analyzed.

The president added that when he accepted the returned mandate from "We Continue the Change", he discussed this issue with the party representatives. It became clear that there is no chance for a government.

The head of state said he had five options to choose from when handing over the third mandate. “I have been looking for a solution and the best option. ‘Bulgarian Rise’ showed that they are ready for anything, they are ready for collaboration with anyone, but it is the party with the smallest number of deputies, which is still looking for its political face. Each of the other parties would have a chance, but I have been looking for the party that has the greatest chance,” added Radev.

“Postponing the date of accession to Schengen is not a slap in the face for Bulgaria and Romania,” he added.

"This was a slap against the clearly defined European rules, principles and criteria for acceptance into the Schengen area. Bulgaria and Romania have fulfilled all the technical criteria for entering this Schengen area, and I several times, outside the agenda of the European Council, aggressively took the floor and insisted the countries that are hesitating to clearly state on the table what their criteria are," the president pointed out.

According to him, it should become clear what still needs to be done and how to regulate it, because it has not been regulated. It is outside the scope of the acceptance criteria in the Schengen area.

"There is confusion at these councils as well. And precisely because of this insistence, the countries that hesitate to present clear arguments and on the basis of what European documents they put them on the table, this could not have happened," the head of state added.

According to him, this is the reason why the supporters of the accession of Bulgaria and Romania to Schengen are constantly increasing, and those who are wavering are decreasing.

"We have relations with two countries - Austria and the Netherlands. The society there must be convinced that Bulgaria and Romania are reliably guarding the external borders of the European Union (EU)", pointed out Radev.

He stated that protecting the borders should be a commitment of the entire EU, and not for Bulgaria to handle alone. Several checks in recent months have proven that Bulgaria is sufficiently responsible and reliable in guarding the borders and protecting information, Radev also pointed out.

The president said that because of the failure to form a government, the parliament should be dissolved, and there are many important laws that need to be passed.

We lose from the fact that there will be no parliament, again. And important laws await us, which this parliament was never able to pass, which are important for our integration in Europe, for Schengen. We are really separated by one law and it will be a pity if this does not become a fact, commented the head of state.

"It's a pity for all these efforts of the caretaker government, including my own. For the first time in 11 years, we will receive recognition from all European institutions, from our European partners, with a clear date already set - the goal is October this year. There is very little time left for this to be ever. I believe that within the next months these steps will be taken," added President Rumen Radev.

He also commented on the "Nexo" scandal, stressing that he will not deny that the affair continues to have the potential for active intervention in Bulgarian political life.