Prosecutor General: The US Settlement with Nexo has Nothing to do with the Bulgarian Investigation 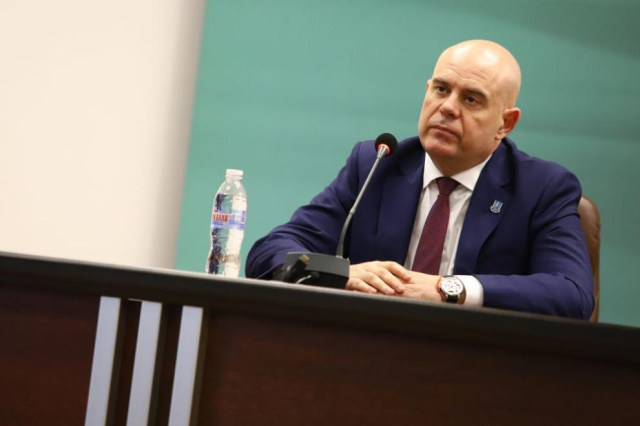 “We have no other purpose than to fight crime and we have no other enemy. The balance is called the rule of law. The Bulgarian judiciary cannot ask politicians for permission to work. There is no way we can be a legal and democratic country if there is an attempt by Bulgarian politicians to control the judicial power and use it.” This was stated by the Bulgarian Prosecutor General Ivan Geshev.

He emphasized that he does not care about his powers, but that the Constitution and laws should be respected. The prosecutor's office does not hold any party, the chief prosecutor told BNT.

"The prosecutor's office does not hold any party. My powers can be changed only most likely by the Great National Assembly", emphasized Ivan Geshev.

"The mechanism for investigating the prosecutor general contradicts the Constitution, laws and European standards, this is extraordinary legislation for a limited group of people," commented Geshev.

The Law Commission of the National Assembly has adopted in the first reading the bill of the official cabinet for changes to the Code of Criminal Procedure and the Law on the Judiciary, which creates a mechanism for the investigation of the Prosecutor General.

According to him, the balance between politics and the judiciary is called the rule of law. Geshev stated that there are attempts by Bulgarian politicians to control the judiciary.

He recalled that under the banner of the fight against corruption, the specialized prosecutor's office, which was actually fighting corruption, was closed. "If it's not the chief prosecutor, I wonder what some parties will explain to voters," Geshev said.

He also commented on the Nexo case.

"The agreement reached between Nexo and the regulatory authorities in the USA has no relation to the Bulgarian criminal investigation and proceedings," said Geshev

"This case has been under investigation since September. In the course of the case in the National Investigation Service, there are accusations of an organized criminal group, tax crimes and money laundering," announced Ivan Geshev. According to him, this is a large-scale investigation that will take a long time.

The Prosecutor General also urged us not to believe false information linking him to the release of the Recovery Plan money.

"Releasing the money under the Plan has nothing to do with the Prosecutor General. To achieve petty political goals, we destroy the state," said Geshev, commenting on the actions of Kiril Petkov and Asen Vassilev.

Geshev stated that the priority for the Bulgarian prosecutor's office is drug trafficking around schools, organized and domestic crime, telephone scams and high-level corruption.

"It does not bother me that there is a constitutional majority in the parliament. The political instability must end because our country is in a constitutional crisis," added the chief prosecutor.