Scholz and Macron: Together We must Make Europe Stronger 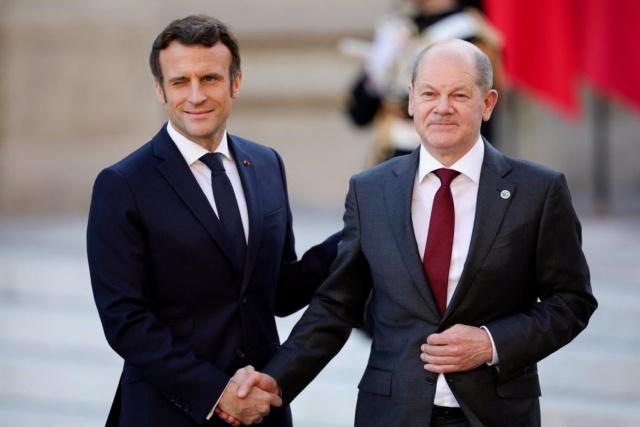 German Chancellor Olaf Scholz and French President Emmanuel Macron emphasized in a joint article in the German publication "Frankfurter Allgemeine Zeitung" that they strive for quick and concrete progress in the EU enlargement process, DPA reported.

"At the same time, we must ensure that the enlarged European Union remains viable, with more efficient institutions and faster decision-making procedures, in particular by extending qualified majority voting in the European Council," the two leaders wrote.

They specifically mentioned the countries of the Western Balkans, most of which are at various stages of the long process of joining the EU.

"To have a strong Europe tomorrow, we need to invest more in our armed forces and in the foundations of our European defense industry," wrote the chancellor and the president. This, in their opinion, will increase defense capabilities and turn Europe into a strong partner, including the United States.

"We are strongly advocating an ambitious strategy to boost the competitiveness of European industry and for a European environment that promotes competition and innovation," Scholz and Macron said, without specifically mentioning concerns that Europe would be put at a disadvantage by the new US Act on reducing inflation.