Russia on Petkov: The Emphasis is Not on the Weapons, but on the Fact that He initiated the Exclusion from SWIFT 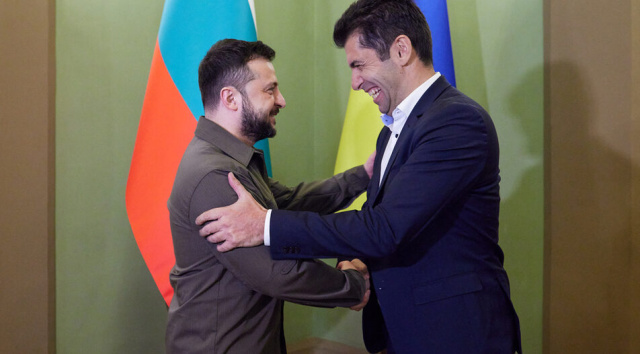 “As all the EU heads of government gave speeches one after the other, the meeting dragged on late into the night. Prime Minister Petkov, as he tells it, went from one colleague to another during those hours - including Emmanuel Macron and Olaf Scholz. He reminded everyone: Ukrainian President Zelensky may have less than 48 hours to live, he is on Moscow's kill lists, and the European Council must make decisions immediately. His proposal: separate Russia from the payment system (for interbank transfers ) SWIFT and freeze the assets in Europe of the Russian Central Bank. Many heads of state had concerns, but in the end the European Commission supported the move.”

The Russian media paid particular attention to this passage from the publication of Die Welt. They emphasize not so much the claims of a crucial supply of ammunition and fuel to Ukraine in the first months of the invasion, but what happened at the emergency European Council hours after the invasion on February 24, 2022.

The state daily "Rossiyskaya Gazeta" commented: "It is true that the prime minister, a graduate of Harvard, had demonstrated Euro-Atlantic orientation and support for Kyiv which did not help him (...) and already in the summer his government received the first vote of no confidence in the country's history ". 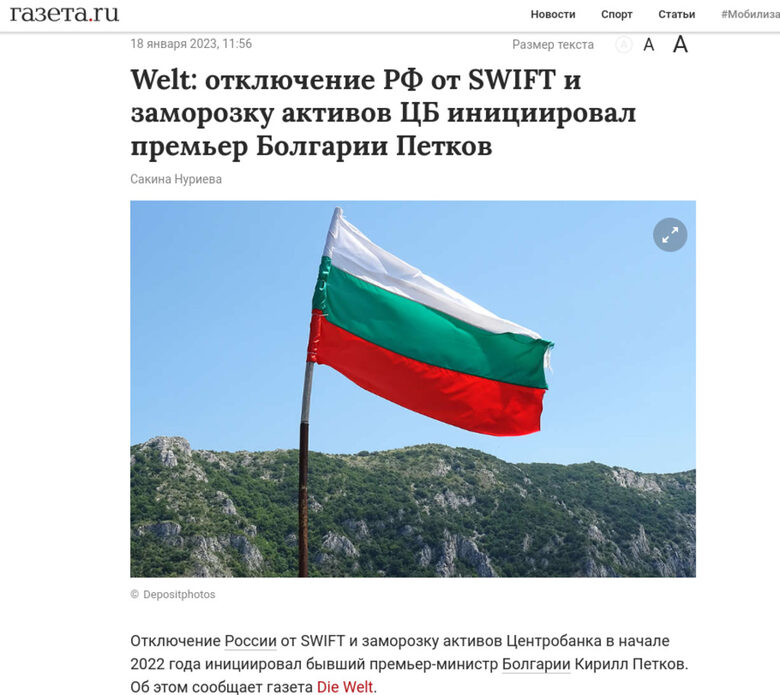 The story, Ukrainian Foreign Minister Dmytro Kuleba told the publication, is generally simple: While some members of the Bulgarian coalition sided with Russia, Petkov decided "to be on the right side of history and help us face a much more strong enemy, let's defend ourselves," the article reads.

At the end of November, the president of the European Commission announced that "we blocked 300 billion euros from the reserves of the Russian Central Bank and 19 billion euros of Russian oligarchs' money." This came as Ursula von der Leyen presented the legal options being discussed in Brussels as options to confiscate such assets to finance the reconstruction of Ukraine and compensate the country for the devastation caused by the invasion.

In the weeks that followed, this destruction was compounded by Russia's targeted massive attack with missiles and drones on energy infrastructure across the country.