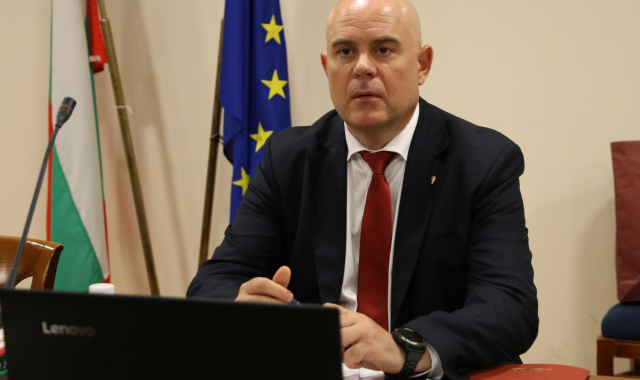 “There is no political focus in investigating Nexo's work.” This was announced by the prosecutor general Ivan Geshev before the meeting of the parliamentary committee on legal issues.

He specified that the investigation was initiated in September and actions are planned for December.

"I have heard accusations of some kind of political purposefulness. I don't see what kind of purposefulness American prosecutors and colleagues from other partner countries could have," the attorney general added.

Geshev added that he is collecting information on the case, which he will send to his colleagues in the United States.

"I would say that, of course this is a joke, in the National Assembly, if the people's representatives wish, they can change the Criminal Procedure Code and the Law on Judicial Power in the direction that when investigating certain persons who have a certain activity with commercial companies, it is mandatory to check who their political friends are and who they sponsor, and after it is established or not established that there are any, the investigators, the prosecutors should contact these politicians, and perhaps the National Assembly and ask for permission for a specific date" , commented the Prosecutor General.

"Transactions from Russian companies to Nexo cryptobank have been categorically revealed. There are also reports of coordination between Nexo and Iranian terrorist organizations." This was stated by the chief prosecutor Ivan Geshev during a hearing in the parliamentary legal committee in the National Assembly.

"I have quite detailed information, I guess in one particular media more information will come out, you know there are a number of irregularities regarding the cryptobank, after we do the necessary research, we will give information."

The Nexo case was opened in September and actions are scheduled for December - this is how the prosecutor general answered a question about the charges, why the revelations about the cryptobank are coming now. According to him, the prosecutor's office cannot be blamed for working with its international partners.

"I don't see what kind of agenda the 8 US prosecutors and the colleagues from the other partner offices could have. We are doing our job, all of us from the EU and our partners."

The chief prosecutor stated that he is confident that the Bulgarian and American prosecutors' offices will cooperate on the case, adding that he will communicate directly with his fellow prosecutors in the United States. He added that he was not a supervising prosecutor in the Nexo investigation.

"On the Nexo case, I will send information to my colleagues from the USA in the order of requests for legal assistance, we will be provided with help, we will send them materials and receive assistance. We are doing our job," Geshev added.

According to the international investigation of the cryptobank, four people were charged, two of whom were declared internationally wanted, and the others posted BGN 1 million in bail.

He also commented on the report of the Group of States against Corruption (GRECO) to the Council of Europe.

"I recommend you to read the report, I have read it. There are several sentences taken out of context. Read very carefully and you will see that it actually supports the prosecution with what we have been talking about for years - that the Bulgarian criminal process is formalistic and hinders real investigation of all kinds of crimes, especially corruption at the highest levels of power".

The chief prosecutor expressed hope that the legal commission will discuss issues important to people, such as the boom in crime, the fact that children are killed on Bulgarian roads by drunk and drugged drivers and the boom in phone scams.