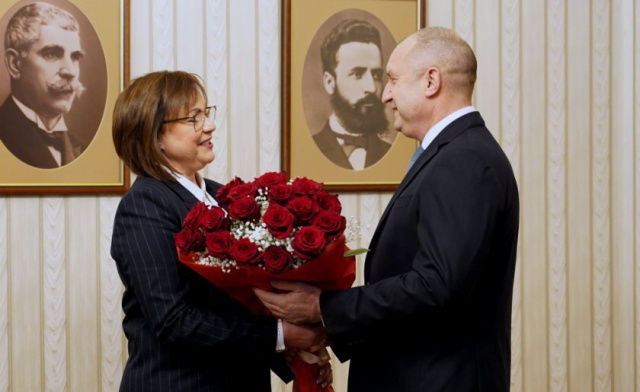 President Rumen Radev handed over the third exploratory mandate for forming a government to the Bulgarian Socialist Party (BSP). The chairman of the parliamentary group of the Left, Kornelia Ninova, took the folder. 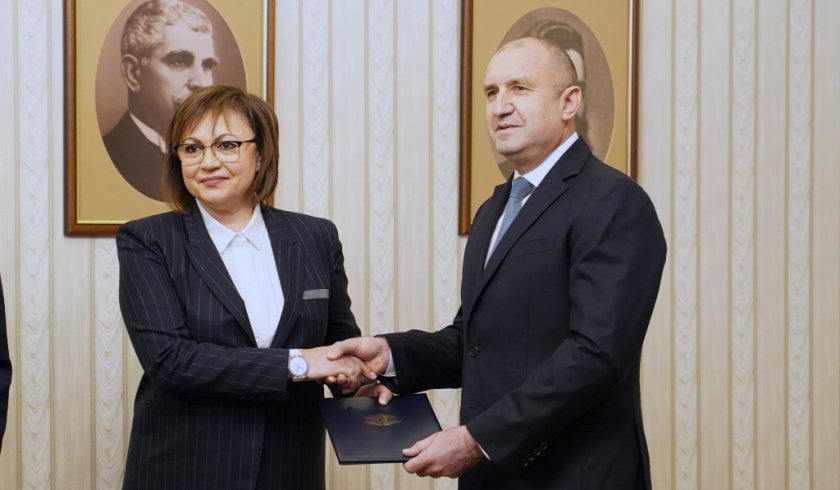 "Following the failure of the first and second mdantes to form a government, in compliance with the Constitution, I task you to nominate a candidate for Prime Minister. I have turned to your political formation in search of the best chance to form a functioning regular government with a clear political responsibility," said Rumen Radev.

According to him, in times of strong political opposition, BSP has managed to preserve the dialogue with all the political parties represented in the parliament and has shown that it can make compromises, reach an agreement, enter into coalitions and govern together with its ideological opponents, interact equally well with both the new and the old political formations in the Bulgarian parliament.

"I hope that the BSP's aspiration for a strong social policy and strengthening of Bulgarian parliamentarism will be another motive for forming a regular government," added Rumen Radev. 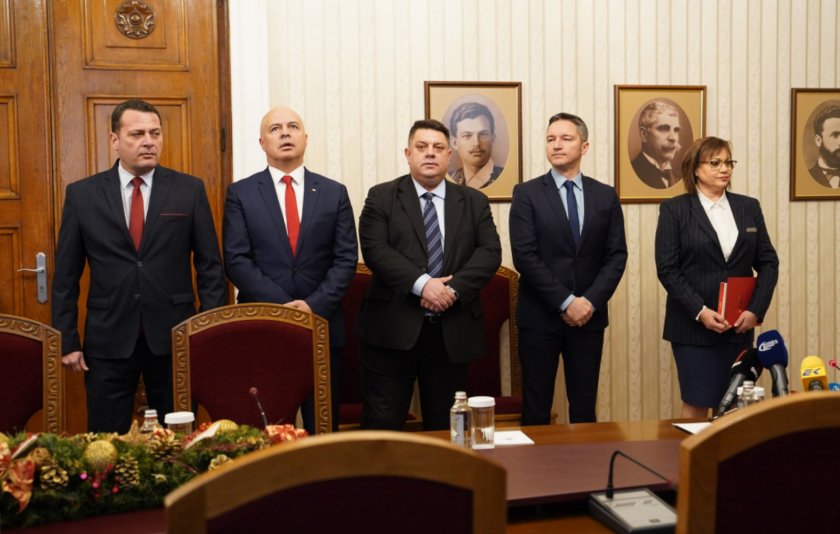 This is the fourth time in the last nearly two years that the head of state has decided to give the last mandate to BSP. So far, their attempts to form a government have not been successful.

It is expected that during the week the Left will gather the National Council of the party and decide from which parliamentary groups it will seek support.

Ninova after getting the third mandate: We will do whatever it takes

First comment from the leader of the Socialists, Kornelia Ninova, who received the folder. 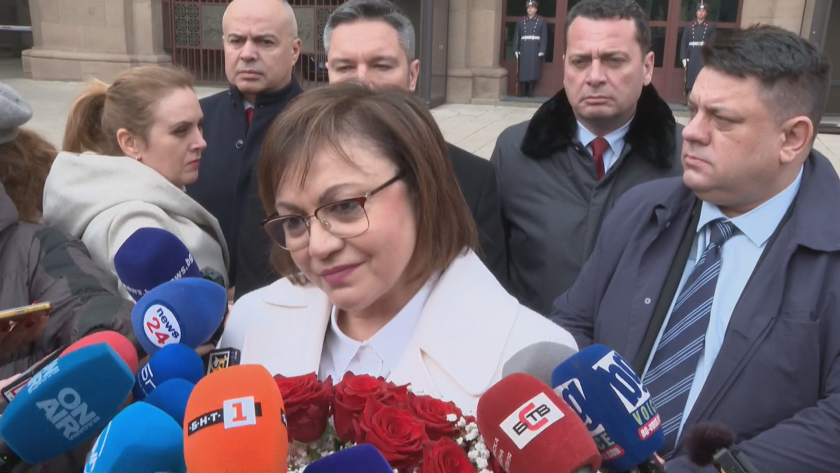 "We will do everything necessary. The most important thing is to have a plan. We foresee 4 steps - today we will decide when we will convene the National Council. We will talk with which parties to negotiate in the parliament - we will ask for a mandate to negotiate with everyone. The third step is - we will invite the leaders of the other parties to a leadership meeting to clarify whether we want a government," said Ninova.

Irena Anastasova: BSP should talk to all parties about a cabinet

“We need to talk with all parties”, said Irena Anastasova - deputy chairwoman of the BSP, before today President Rumen Radev handed them the third mandate to form a government.

“However, decisions on talks with the parties and the formula for forming a cabinet will be made by the National Council, which will be convened by Thursday at the latest. In the leadership of the party, we have not had conversations,” she emphasized.

"The compromise should be that we come to an understanding with the parties that will give support, for which 2-3 things and for what period of time we need to finish them," the MP from the Left emphasized and added:

"Whether there will be priorities that are red lines for one party or another remains to be seen. But I think that if we approach it like that, it is pointless to conduct negotiations. We need to find 4-5 unifying themes that are working for the people in Bulgaria".

The topics will again be indicated by the National Council, she said. However, according to her, the general policies that would find support are the social vector and the economy. There will certainly be nuances and things that will lead us to disagreements, but in general we should not have differences, said Irena Anastasova categorically.

"People sincerely want to reach an understanding on minimal points. New elections will not change the political picture in the country at the moment," the deputy believes.

One of the two largest parties must honestly state whether they want a government or not, she pointed out, adding that without the support of one of the two, a cabinet cannot happen.

"We will really approach responsibly. We will do everything to have a government," promised Anastasova.

Regarding the party's chances and the opinion of the others that BSP will not be able to form a cabinet, she commented: "Either we discredit a party, if by chance there are rumors that the mandate will be around them, or we start praising another, where we must is the mandate. Any party, I exclude the first two, to which the mandate belongs by right, could be the bearer of the third mandate. The information space is so polluted that people start to believe in anything".