Four People have been Accused in the Nexo Case, Witnesses have requested Protection 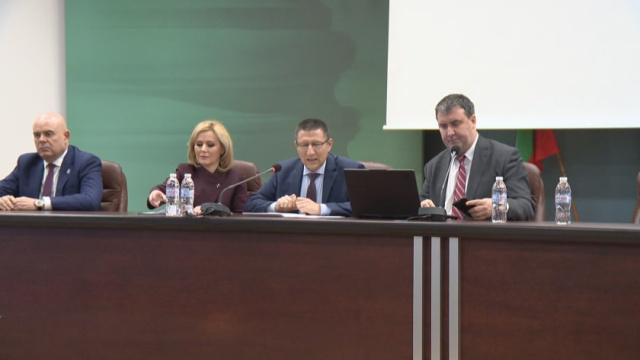 Four people have been brought in as defendants in the pre-trial proceedings for the activities of the Nexo crypto platform. This was stated by the chairman of the National Investigation Service, Borislav Sarafov.

They are accused of leading and participating in an organized criminal group, created for the benefit of committing domestic and foreign coordinated crimes - money laundering, tax crimes, computer fraud and unlicensed banking. The prescribed penalties for these charges are imprisonment for more than 3 years.

The group started its activity at the beginning of 2018 and has developed it on the territory of Bulgaria, Great Britain, Northern Ireland, Switzerland and the Cayman Islands.

Two of the defendants were given a "cash bail" measure - BGN 1 and 2 million, respectively. The other two are being sought. There is no official data that they left the country.

All the accused have been banned from leaving the country.

"There is evidence that these individuals have extremely large financial capabilities. They have expensive properties in Dubai, the Caribbean islands, the Bahamas and own yachts. In one of the homes searched, 35 paintings by expensive artists such as Salvador Dali, Picasso and Matisse were found and seized which will be handed over to the National Art Gallery," said the spokesperson of the Prosecutor General, Siika Mileva.

During the operation yesterday, a huge number of magnetic data carriers were seized, which are currently being inspected. 17 sites were searched - offices and residential buildings.

20 people were questioned. Some of them - anonymously. Some of the questioned witnesses have expressed concerns for their safety and will be included in the witness protection program, Sarafov also pointed out.

It was established that some of the transactions were directed to Mahmoud Mohammed Mahmoud Ayesh, who is accused by Israel of sympathizing with a Palestinian terrorist group, said Svetoslav Vasilev, head of the "Cyber Crimes" department at the NSlS.

The Nexo case is unique globally and illustrates the new types of challenges facing the security system. This was stated by the prosecutor general Ivan Geshev. Geshev defined the action against Nexo as an example of good cooperation with European and Euro-Atlantic partners.

The case has been being worked on for months by the National Security Agency (SANS), the Prosecutor's Office and the National Criminal Court. Expert help will probably be needed.

"Such an act, such a large-scale investigation, cannot be carried out alone. But the trust that the Bulgarian prosecutor's office has built is such that we took on the difficult role of being the vanguard against these perpetrators of similar acts. We clearly realize what a great financial and intellectual resource we are facing," said NSlS director Borislav Sarafov.

The National Investigation Service is holding a press conference in connection with the investigation of the Nexo cryptobank.

It is attended by the prosecutor general Ivan Geshev, the Director of the National Investigation Service and Deputy Chief Prosecutor Borislav Sarafov, the spokesperson of the Chief Prosecutor Siika Mileva and Svetoslav Vasilev, the head of the "Cyber Crimes" Department at the NSIS, the director of the “Financial Security” Directorate at the National Security Agency, Nedyalko Petkov and Ivaylo Novakov from the same directorate of SANS.

Nexo participated in a meeting with the finance minister with cryptocurrency companies, witnesses show

The prosecutor's office has testimony that representatives of cryptobank Nexo participated in a meeting at the Ministry of Finance with other companies involved in cryptocurrency. The meeting took place about 6 months ago.

This was announced by the spokesperson of the prosecutor's office, Siika Mileva, referring to witness statements.

The purpose of the meeting was to discuss possibilities for the implementation of the cryptocurrency in the BORICA system.