International Cryptocurrency Fraud Network Operating in Bulgaria, Cyprus and Serbia has been Neutralized – Is Nexo Involved? 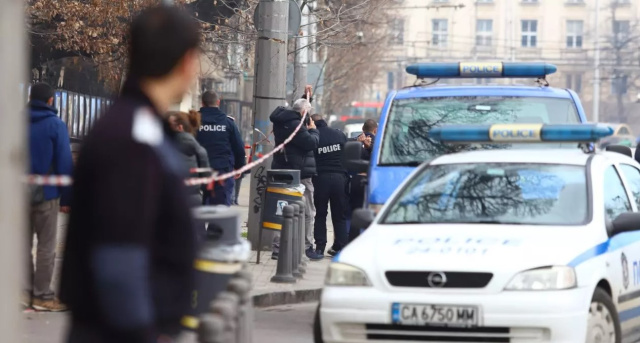 In almost identical announcements, the Ministry of Internal Affairs and the Prosecutor's Office announced that they had broken up a cryptocurrency fraud network that operated from Bulgaria, Cyprus and Serbia, indicating that the actions in the past few days were in compliance with a European Investigation Order issued by Germany. The messages absolutely nowhere mention specific names of either participants or the company under investigation. There is no information about anyone detained in Bulgaria, and there is not a single charge brought by the Bulgarian prosecutor's office.

The announcement comes a day after the Ministry of the Interior, the State Tax Service and the prosecutor's office entered offices related to the cryptobank Nexo, and the spokesperson of the chief prosecutor Ivan Geshev - Siika Mileva announced that they are investigating the so-called "hollow companies" and that a client of the platform who transferred cryptocurrencies was officially declared a person who finances terrorist acts. In her statement, she refused to give more details and information and never once named the company or people. Nexo was also not mentioned in today's announcement from investigators, and it is not clear whether the prosecutor's office is announcing another investigation. On Thursday, the claim was that investigations were ongoing into "activities of an organized criminal group, money laundering, tax offences, unlicensed banking and computer fraud".

Today, from an announcement by the prosecutor's office, it is understood that the action was not initiated by Bulgaria, but was in response to the execution of a European Investigation Order issued by Germany, and here it is being conducted under the supervision of the Sofia City Prosecutor's Office (SGP) and in coordination with Eurojust and Europol, with the participation of investigators from the Investigative Department at the SGP and together with the Main Directorate "National Police" of the Ministry of Internal Affairs.

The prosecutor's office stated that the action led to the dismantling of a cryptocurrency fraud network operating from Bulgaria, Cyprus and Serbia. According to investigators, the network worked professionally to set up call centers that are believed to have defrauded numerous victims in Germany, Switzerland, Austria, Australia and Canada out of at least tens of millions of euros.

Many people questioned, none detained

According to the investigators, most of the victims were from Germany. During the operation in Germany, Bulgaria, Cyprus and Serbia, a total of more than 250 workplaces were identified, 4 call centers and 18 other sites were searched, more than 250 persons were questioned and more than 150 computers, numerous data carriers, 3 cars, more than 1 million US dollars in cryptocurrencies and 50 thousand euros in cash, 2 luxury apartments were seized.

The Bulgarian Prosecutor's Office and the Ministry of the Interior report that 14 people have been detained in Serbia and one person in Germany, but they give absolutely no information about arrests in Bulgaria.

The announcement also states that on January 11, a search was carried out at the office of a commercial company in Bulgaria, where 50 workplaces were found, at the office of an accounting firm, 2 home addresses, two cars were searched, and one person was searched. In addition, computer information data, documents, mobile phone, etc. were seized.

The Bulgarian authorities have questioned 42 people, of which 6 are foreign citizens, according to the prosecutor's office. At the moment, the questioning of other witnesses is continuing, and more than 50 people are expected to be questioned. Incorporation of accounting documents is also carried out. 33 German police officers took part in the actions in Bulgaria, Cyprus and Serbia, according to the prosecutor's office.

Prosecutor's Office: The network was managed through call centers in Serbia

During investigations into the organized crime group, "large-scale financial transactions" were discovered. To run the scheme, the group operated call centers from Serbia and used a technology structure from Bulgaria. A company that creates (software programs) and administers online platforms through which the fraudulent activity is carried out is registered and housed in our country, according to the prosecutor's office.

The base for laundering the “dirty” money is believed to have been in Cyprus. The network solicited potential investors online and often contacted victims by phone in English and German in order to lure them into making small investments, prosecutors said. After initial gains, victims invested more money, which they subsequently lost. How the money was lost is not clear from the announcement of the prosecutor's office and the Ministry of the Interior.

In support of cross-border judicial cooperation, Eurojust has organized a coordination center with Germany, Bulgaria, Cyprus and Serbia with the presence of a cryptocurrency expert from Germany and the European Cybercrime Center at Europol, the state prosecution added.

Investigations into the online scam were launched in 2021 by the Public Prosecutor's Office in Stuttgart, Germany and the State Criminal Investigation Office in Baden-Württemberg. The action was prepared at a coordination meeting organized by Eurojust and held in November last year, the state prosecution added.

Nexo has not yet received the indictment for Thursday's action by the prosecutor's office, the company commented. The indictment should have been delivered when the authorities entered the office in Sofia, according to the company, although there is no such practice in Bulgaria.

From there, they defined the actions of the prosecutor's office as unnecessarily ostentatious action for "killing and looting a prosperous business". The position recalls that no search warrants were shown for hours. People were detained without specific warrants. For the company, the prosecution's action is "the most shameful moment", "mercilessly cruel" and "unnecessarily ostentatious".

Because of this, Nexo hints that it will file claims against Bulgaria, which "will be at the expense of the Bulgarian taxpayer". In its position, the company recalls that it does not offer its services in Bulgaria.

Toma Bikov: Check if people associated with Nexo have funded "We Continue the Change"

"It's good to check if there is any funding of 'We Continue the Change' from persons associated with Nexo". This was commented by Toma Bikov from GERB-SDS to journalists in the parliament, specifying that this was easily verified. "So far we are only asking questions based on public information," Bikov said in parliament, quoted by BTA.

He believes that there are connections of a former and current MP from "We Continue the Change" with Nexo and comments that in one case the former MP Alexander Rakshiev is Nexo's representative for Plovdiv, in the other - Nastimir Ananiev is a partner of one of the co-owners of Nexo and in at the same time, he is a partner with a citizen of the Russian Federation in the company "Neftogaz".

"Regarding the circulation of my name regarding recent events, I have consulted with a lawyer and will take specific legal action against any person who damages my reputation and good name and involves me in scandals that do not exist." This was stated by MP Nastimir Ananiev from "We Continue the Change" on the sidelines of parliament and in response to Toma Bikov's claims earlier today.

"Regarding Antoni Trentchev (co-founder and co-owner of Nexo and former deputy from the Reform Bloc), most of you know that we were MPs together in the 43rd National Assembly. I know him from there, as they also know Toma Bikov, Daniel Mitov and Petar Nikolov, who are currently MPs from GERB," commented Ananiev.

He pointed out that he and Trentchev had intentions for activities and joint projects, which, however, did not materialize, as both of them did not have enough time to realize these ideas.

"Currently, I am not in a partnership with Antoni Trentchev, nor am I in management bodies, which is a violation of the law, in any companies. I was in a partnership a few years ago," Ananiev also pointed out.

On the occasion of the comments of the deputy from GERB, he commented that "GERB is clearly the new investigative body of the prosecutor's office after the closure of the specialized prosecutor's office". He pointed out that there was no problem with that and he had nothing to hide, but if it was to be investigated, he insisted that everything should be investigated and not selectively.

Ananiev also indicated that he will file a lawsuit against Slavi Trifonov, as well as against the voice behind the camera. "It should be known that whoever allowed himself to damage the prestige of Bulgaria must bear responsibility".

Yesterday, a video was published on the Facebook profile of the leader of "There Is Such a People" Stanislav Trifonov, in which he accuses Nastimir Ananiev of having joint companies with Antoni Trentchev. Trifonov also claims that former and current MPs from "We Continue the Change" work in Nexo. Trifonov's speech is in the form of an interview, and the voice behind the frame is very similar to that of Toshko Yordanov.