More than 24 hours, Bulgarian Police hid the Case of the Beaten and Naked Ukrainian Woman in Sofia 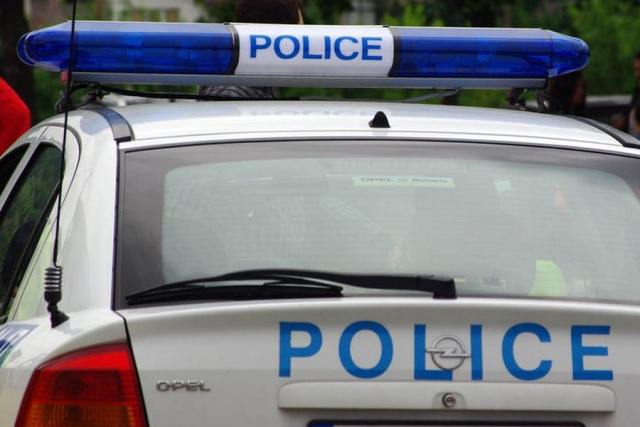 The brutal case of the naked, barefoot and beaten Ukrainian woman thrown away by a former employee of the Interior Ministry did not find a place in the information bulletins of the Ministry of the Interior today.

The BNR information mentions a woman who was previously taken out of the apartment, for whom there are "suspicions of violence".

Neighbors who witnessed the case in building #117 told about the horrific beating inflicted on a woman from Ukraine on the night of Tuesday to Wednesday. After that, the abuser barricaded himself and until Wednesday at noon policemen negotiated with him to let them go. The woman speaks very little Bulgarian, and she had a romantic relationship with the abuser. She moved in with him about two months ago.

According to neighbors, she is at least the second victim of the abuser. The man had recently moved into the apartment on the eighth floor. Four months ago, he again beat and threw another woman out of the apartment. He was seen with several other women who lived there briefly and then disappeared.

The man’s name is Orlin Gigov and he is a former driver at the Ministry of Internal Affairs hospital. He has criminal records.

This morning, the Metropolitan Directorate of Internal Affairs told OFFNews that the man was detained yesterday, although neighbors said that he was in his apartment and even repaired the door. They confirmed that a woman from Ukraine was injured.

"She was beaten," added the press center, but they did not know where she was. Neighbors say that she was "naked, barefoot, disfigured beyond recognition. Thrown loose on the platform in front of the elevator. She didn't have the strength to speak, she couldn't understand anything."

The police confirmed that Gigov has been in custody since yesterday and is currently still there. They did not provide further details, as the information on the case was the subject of pre-trial proceedings and its disclosure requires permission from the supervising prosecutor. However, the prosecutor's office has not announced any charges or initiated proceedings.

However, there is no information about this in both bulletins of the Ministry of the Interior - both in the one for the district and in summaries for the whole country.

The police officers and a psychologist who arrived at the scene spent five hours deliberating whether to enter the apartment or to negotiate. Initially, their "colleague" Gigov, as he later called the policemen, gave no signs of being in the apartment, after about 5 hours he started to negotiate.

When he came out, he had a cut on his ear and claimed that the Ukrainian woman attacked him, and that he acted in self-defense. The last three hours of the "action" were spent in jokes and teasing. Gigov and the policemen patted each other on the shoulder and called each other "colleague", neighbors say. He explained to them that the Ukrainian woman was "from another herd" and they were colleagues. The officers giggled approvingly. Gigov also said that he has been beating her for three days and "at the stupid building there is no one to tell him off".