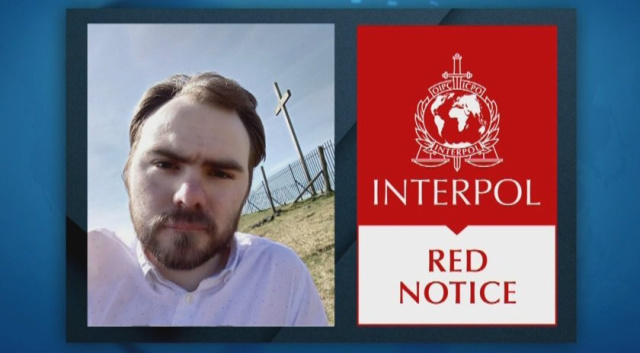 A British citizen wanted by Interpol with a red notice was detained near Pleven. The arrest operation was carried out yesterday in the village of Ljubenovo, around 2:00 p.m., announced the spokesperson of the chief prosecutor Siika Mileva:

"During the search and seizure of the house where he was hiding, drawings and diagrams of how to make a bomb and how to detonate it were found and seized. An expensive weapon was also found."

David Bodill is 28 years old and is wanted for complicity in a terrorist act. The red notice stated that he was extremely dangerous, armed and aggressive.

David Bodill is wanted at the request of Manchester authorities. His home in Manchester was searched and resources and raw materials for the manufacture of home-made bombs, as well as illegally owned weapons and ammunition, were found there.

The spokesperson of the chief prosecutor, Siika Mileva, pointed out: "By exchanging international information, we have information that explosive substances, instructions and drawings for preparing explosive devices were also found in his home in Great Britain."

In Bulgaria, he was detained for 24 hours under the Law of the Ministry of Internal Affairs and is in custody in Pleven. The district attorney's office in the city is awaiting an arrest warrant from Britain. Based on it, he will ask for permanent detention.

"Colleagues from the District Prosecutor's Office - Pleven will detain the British citizen for a period of up to 72 hours with a view to securing him before the District Court in Pleven for the initiation of extradition proceedings," said Mileva.

According to Bulgarian media, Bodill arrived in the country on November 19. It turns out that his grandparents - British, bought a property in a village in the Pleven region.

"I thought I should let all my friends know that I'm now a fugitive and I'm never coming back to the UK, at least not alive. I'm sorry you'll never see me again. The police intend to charge me with a victimless crime, which shouldn't even be a crime in the first place. If I go back to the UK I will spend many years in prison. I'd rather die in a foreign country than spend my life in prison for ego satisfaction and a pay the bonus of police officers.

Although I am not really surprised as I have known for some time that there is no freedom in the UK and the rights of its citizens are violated on a daily basis. And at the same time, they accuse other countries of the same. This is hypocrisy. The only time you'll see me again is in a body bag. I will miss you. At least my real friends. Good luck in life."