Most Poles are Against adopting the Euro, according to a Survey 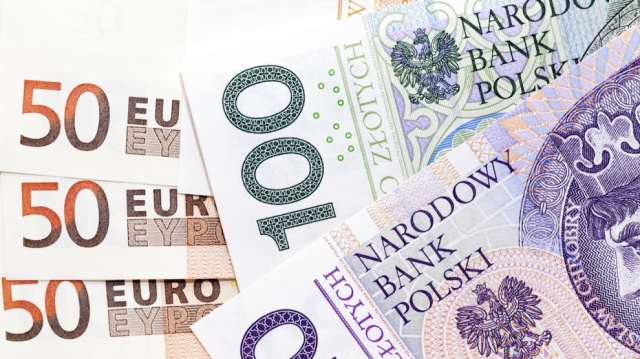 The majority of Polish citizens are against the introduction of the euro, according to a study by the IBRiS research center commissioned by Zet radio, BTA reported.

When asked whether Poland should accept the common European currency and replace the Polish zloty with it, 14.7 percent of respondents answered "yes" and 9.8 percent "I tend to agree."

The largest group, however, are the people who categorically do not agree with the euro replacing the zloty - 49 percent of the respondents, and 15.2 percent of the Poles who participated in the survey said that they are rather "against" the adoption of the euro.

11.3 percent responded with "I don't know/It's difficult for me to answer".

The majority of respondents who are against the introduction of the euro live in rural areas (70 percent) and in small towns with a population of up to 50,000 (75 percent).

In larger cities with over 250,000 inhabitants, 48 percent of respondents do not want the European currency, and 42 percent are in favor of adopting the euro.

On the other hand, business representatives are more inclined towards the adoption of the euro. In the latest report on the international business of the consulting company "Grant Thornton" it is stated that about 54 percent of the heads of medium and large companies would like Poland to replace the zloty with the European currency. Among them, 54 percent are in favor of adopting the euro, 33 percent want the zloty to remain, and 13 percent have no clear opinion on the subject.