"We Continue the Change" will Not Support a Government with GERB 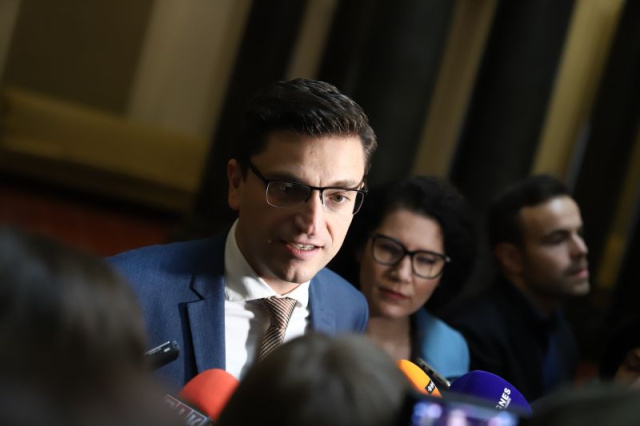 "There is no way we can enter into a joint government with GERB. There is no way this will work," said Venko Sabrutev from "We Continue the Change" to Nova TV.

Thus, WCC burned the hopes for the third mandate. According to him, the parliamentary group is ready to talk about "big topics in politics". However, the deputy is skeptical that GERB really want to carry out a judicial reform, which was set as a condition for management by both the potential mandate holder – Democratic Bulgaria and by We Continue the Change.

Sabrutev is of the opinion that no guarantees given by GERB can be relied upon, as they changed their minds every hour. He claims that if a cabinet with GERB is implemented within the third mandate, it will not be able to do anything for society.

The MP also commented on Borissov's proposal for Hristo Ivanov to become prime minister with the words: "When Borissov smells power, he immediately starts handing out posts".

Sabrutev is of the opinion that GERB have proven that they are incapable of forming a government, the attempts to do so were "complete agony".

Meanwhile, his fellow party member Ivan Hristanov told BTV that WCC is ready to support DB with ministers. He is of the opinion that his formation would talk with GERB, but only if Borissov's party takes responsibility for a comprehensive judicial reform. The deputy believes that a "direct catastrophe" for the state would be the handing over of the third mandate to DPS.

Earlier, the leader of GERB Boyko Borissov commented that there will be a chance for a regular cabinet if the last mandate goes to DB. Denitsa Sacheva explained that with such a structure GERB tend to give up ministerial posts. Yesterday, however, the party began to set conditions for support. In Ruse, the deputy chairperson of the PG of GERB-SDS, Desislava Atanasova, announced that GERB will not support a DB cabinet if there are persons from WCC in it. Meanwhile, the co-chairman of WCC Kiril Petkov set two conditions for talks on the third term - the anti-corruption law and the replacement of the prosecutor general. Asen Vassilev is of the opinion that a miracle is needed to form a cabinet within the framework of the 48th National Assembly. For him, the more realistic scenario is new elections in early April.