"We Continue the Change": There can be No Direct Agreement with GERB, only on Specific Policies 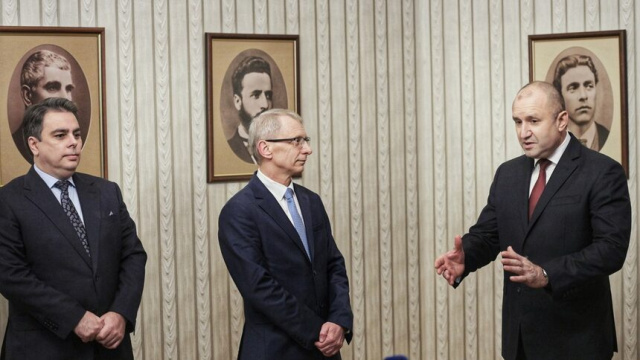 "We Continue the Change" can reach an agreement with GERB on certain policies, but there can be no question of an agreement between the two formations. This became clear from the statement of Acad. Nikolay Denkov, after returning the folder with the unfulfilled second mandate to President Rumen Radev.

He pointed out that the party is ready to negotiate with all political forces on policies important to the country. And whether and how this will happen depends on the approach taken by the holder of the third mandate.

"Bulgaria needs a government that, however, works for the benefit of the people and the business. Let's see to whom the president will give the third mandate. The mandate holder must define what the procedure will be - whether the leaders will sit at the table or we will start discussing first the policies. It depends on the mandate holder. It is clear that the approach of ‘Bulgarian Rise’ will be different from that of BSP and from that of ‘Democratic Bulgaria’, so let's see.

We have no red lines in terms of what policies that are important to the country should be discussed. We would discuss policies with each of these parties.

Regarding GERB - agreement is a word that we do not use for them. There could be agreement on policies that are useful. Let's say, a justice reform - how GERB imagines a justice reform, is something we could negotiate about.

My personal opinion is that most of the parties in the parliament are not willing to have a discussion about what is important for the country. Rather, they tried to escape from this discussion," said Nikolay Denkov of "We Continue the Change" after leaving the presidency.

Within seven days, the head of state should hand over the third mandate to a political force of his choice. After that, there is no time limit in which he must get the folder back.

"Yesterday, your coalition partners from ‘Democratic Bulgaria’ stated that the only way to form a government with the third mandate is if an agreement is reached between GERB and you. Therefore, I will ask you to discuss this extremely important issue," Rumen Radev said after got the folder with the second mandate.

During the conversation with "We Continue the Change", the president expressed the hope that the negotiations to form a government would not shift the focus from the legislative activity of the National Assembly.

Rumen Radev noted the need to adopt the laws related to the Recovery and Sustainability Plan, as well as the anti-corruption law and the one on the responsibility of the prosecutor general, related to the acceptance of our country into Schengen.