Employee of the Bulgarian Interior Ministry was Detained for Trafficking Migrants 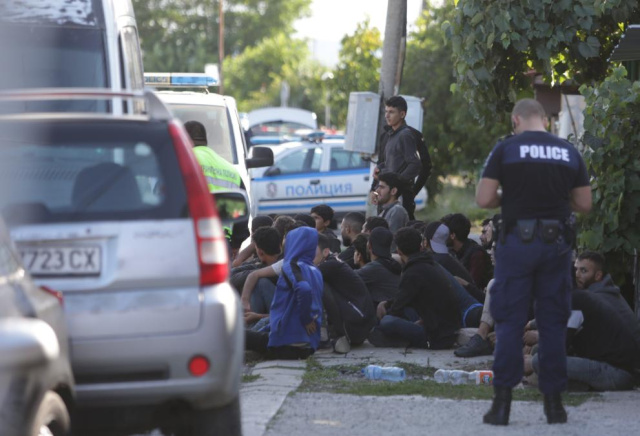 Within a few hours today, on the Trakia highway, officers from the Directorate and the Zonal Gendarmerie Unit detained two motor vehicle drivers and a total of 56 illegally staying foreigners. One of the drivers is an employee of the Ministry of the Interior.

Around 1:00 a.m., a team of the "Traffic Police" sector patrolling the "Trakia" highway alerted the operational duty unit of the regional directorate about a suspicious minibus traveling to Sofia. After an immediate organization was created, in the area of 120 km, the vehicle was stopped by officers of the Zonal Gendarmerie Department, and a group of 25 young men without identity documents was found inside.

The detainees identified themselves as Afghan citizens. The driver from Harmanli was also arrested. Pre-trial proceedings have been initiated in the case.

Minutes after 8:00 a.m., similar quick coordination and concerted action between police officers and the gendarmerie followed again, and in the area of 119 km, the movement of another bus moving towards the capital was suspended.

Upon inspection, another 31 migrants, also posing as Afghan citizens, were found in it.

The driver, who is an employee of the Ministry of Internal Affairs, was arrested and an investigative case was opened. Active procedural and investigative actions continue.