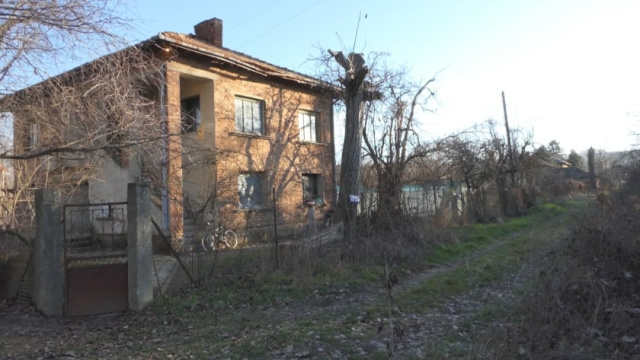 The house in which the murder occurred @BNT

The murder of the 59-year-old man from the village of Gamzovo was over half a bottle of rakia. This was announced this morning by prosecutor Vladislav Vlashev - spokesman for the district prosecutors from Vidin.

He added that there are now three accused.

Yesterday, four kids between the ages of 10 and 17 were detained for the murder. It is clear that the minor cannot be held responsible in any way - he is under police protection.

"Accusations have been brought for a murder. Today, a request for a measure of ‘detention in custody’ will be filed, which will be considered by the District Court in Vidin. The persons are minors. The reason for the crime is abuse and use of alcohol," said Vlashev at a briefing this morning.

However, the victim was killed in a particularly brutal manner. The medical examiner found that death occurred as a result of kicks and punches.

Yesterday there were reports that the murdered Borislav Borisov was selling the fiery liquid.

"It was about some rakia that they didn't like," the mayor of the village of Gamzovo explained to bTV.

The accused minors have confessed, but deny that there was any intent. They are known to law enforcement for petty theft.

For now, the boys are in custody with a prosecutor's order for 72 hours. Despite their age, the prosecutor's office will today request their permanent detention.