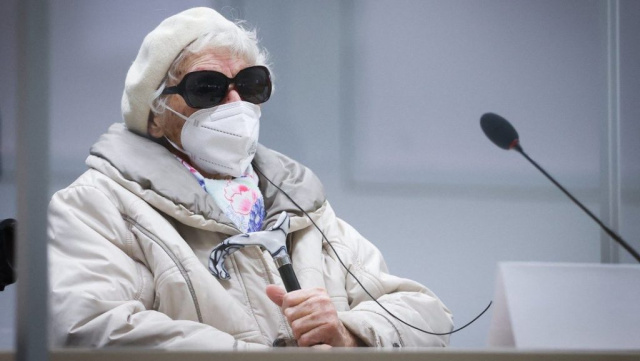 A 97-year-old woman has been given a two-year suspended sentence for complicity in the murder of more than 11,000 people in a Nazi concentration camp during World War II.

From 1943 to 1945, she worked as a typist in the Stutthof camp. She was tried under the juvenile law because she was only 18 at the time of the crimes. Irmgard Furchner worked in the Stutthof concentration camp.

The start of Furchner's case was delayed last September after she tried to flee but was caught hours after she failed to appear in court.