MP from Democratic Bulgaria: If We go to Elections in March, We Lose the Chance to Enter the Eurozone in 2024 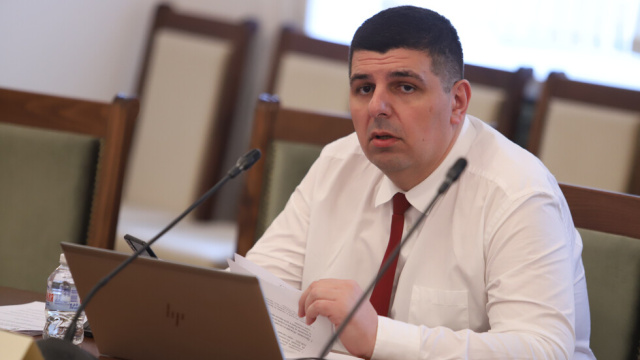 “If there are new early elections in March, Bulgaria will permanently lose the opportunity to enter the Eurozone on January 1, 2024”, said the MP from Democratic Bulgaria Ivaylo Mirchev to BNT.

"If we compare it to a movie - the casting is bad, but from the bad casting we have an option for worse casting. We can directly go to Bollywood, where the castings are even worse from here. If we get there, let's do it in 23 months five times elections, it is not clear with what arguments what will change. Because yes - the second term is a bad option, the third term is an even worse option, but new elections are the worst option that can happen to us. Because a new election in March means not entering the Eurozone in 2024 and almost certainly not entering Schengen either. I am very worried if we miss this chance now and therefore I want us to concentrate very much on this second term and make it doable."

Mirchev also said that WCC and DB are already working on the draft declaration on the main priorities of the next cabinet, which was proposed yesterday at the first meeting between the parties and the candidate for prime minister, Acad. Nikolay Denkov.

According to Mirchev, the problems with the rule of law are the reason we remain outside Schengen. This criterion is absent from the technical requirements because, according to Mirchev, no one imagined that a country could be a member of the EU and have a problem with the rule of law. He added that it is the judicial reform that remains the main dividing line between GERB and DB.

"GERB's outstretched hand (for judicial reform) is the result of a collective hallucination - we hear it in the media, but we don't see it. When we have to vote on anti-corruption legislation, we don't see them. The mechanism for controlling the Prosecutor General has passed through all European organizations, so Europe said yes, but it is very difficult for this National Assembly to vote for it," he pointed out.

Regarding BSP's requested veto on military aid to Ukraine, he stated:

"BSP is in a tough competition with Vazrazhdane for some of their hypothetical voters. The agreement on the provision of arms is absolutely constitutional. This puts Bulgaria on the side of civilization. BSP has taken a sharp turn in the way they behave. Why is this important the government to make independent decisions, but there may not be a National Assembly in the coming months, there may be negotiations on obtaining replacement military equipment, and the government must be flexible and able to react."