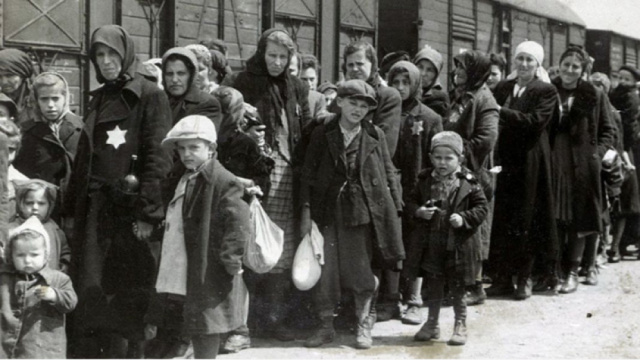 A monument to the lawyers-saviors of the Bulgarian Jews to be erected in Sofia on the occasion of the 80th anniversary of the rescue from the Holocaust. The municipal councilors will discuss this at their upcoming meeting on Thursday. The petitioners are some of the lawyers in the local parliament - the chairman Georgi Georgiev and councilors Botyo Botev, Diana Tonova, Mihail Petrov, Carlos Contrera and Metodi Lalov.

"A significant part of Bulgarian society stands in defense of its Jewish compatriots - Bulgarian Orthodox Church, professional guilds, individuals, in the name of common human principles. Bulgarian lawyers play a special role in this. Many judges, prosecutors and other magistrates in their personal and professional capacity, often risking the positions they hold, stand in defense of the Jewish population by declaring against the anti-Jewish legislation and the planned deportation," the petitioners also state.

The sculptor of the work is Krasimir Angelov, and the architectural part was prepared by arch. Stanislav Konstantinov. The monument will be erected in the "Vazrazhdane" area.

The local parliament will also consider the proposal to place a commemorative plaque in honor of the 130th anniversary of the establishment of the Faculty of Law of the Sofia University "St. Kliment Ohridski" on the facade of the building, on "Budapest" street No. 1.