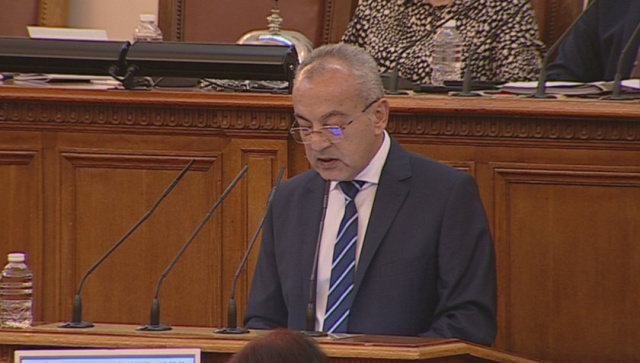 "Bulgaria had to conduct not real negotiations with Austria and the Netherlands, but a multidirectional dialogue. The government of the Netherlands announced in their parliament that they have made a political connection between the extension of Schengen and the implementation of the rule of law – i.e. unilaterally introduced a new requirement”.

This was stated by acting Prime Minister Galab Donev at his hearing in the parliament on the postponement of our country's Schengen membership.

He emphasized the debt to the three Bulgarian border guards who died while protecting the external border of the EU.

"The consequences can be serious not only for our country, but also for Austria and the Netherlands. Bulgaria has not given up on Schengen," Donev said.

"First we will wait for the meeting of the European Council on December 15 and 16 - what decision could be made on the matter. Any statements at this stage would be premature. Different options are possible, we managed to avoid the most unpleasant one", explained the Prime Minister.

According to the prime minister, the requirements are technical and they are covered. "From what has been done by the caretaker government - regardless of the indisputable fact that the criteria for joining Schengen have been met, two inspections organized by the EC with the participation of interested member states have been carried out," the prime minister said and detailed when they were.

"On October 14, 22, there was a mission with European cooperation, Schengen and visa organizational system. The team that did the inspection was made up of 12 member states and five experts from the EC. They report that Bulgaria has made the necessary efforts since 2011," Donev said.

"In November, there was a second visit to review visas, data protection and judicial cooperation," said Donev and pointed out that the conclusions state that Bulgaria continues to meet the necessary criteria.

He recalled that afterwards there was also an inspection by the Austrian embassy. Bulgaria meets all conditions for membership. The Dutch side chose not to participate in these inspections.