Romania's Mass Boycott against Austria after the Schengen Decision 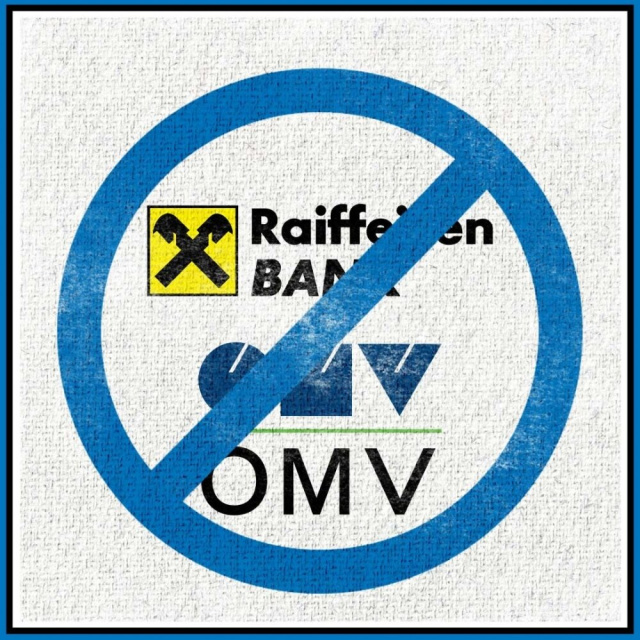 The Romanian political elite and the public reacted sharply to Austria's decision not to admit Bucharest to the Schengen area.

The Romanian MFA summoned the Austrian ambassador and defined Austria's position as hostile.

"The Austrian ambassador to Romania was summoned to the Ministry of Foreign Affairs, where she was informed of Romania's position and expressed the protest of the Foreign Ministry regarding Austria's unjustified and hostile position, which will inevitably affect bilateral relations." The document notes that "this result is absolutely unfair and devoid of any objective motivation. The Austrian side's references to the problem of the growing migration flow...are unacceptable, incorrect and unfair, given that all the data officially presented from the EU Border Control Agency Frontex, clearly show that the migration route from the Western Balkans does not pass through Romania, the country does not face migratory pressure and is not a source of secondary migration", emphasizes the Romanian MFA, quoted in local and foreign media.

"A categorical protest was also expressed to the Austrian ambassador regarding the accusations of the Austrian authorities regarding the so-called pressure on Austrian companies (in Romania), which are inadmissible because they do not correspond to reality," the message said.

President Klaus Iohannis described the vote as deeply unfair and that it risked affecting European unity.

"Romania deserved to receive a positive vote. This is confirmed by the solid data, by the results of the last evaluation missions of the Member States and the European institutions. Only one Member State decided to ignore these realities and block the European unanimity, inexplicable and difficult to understand for the entire European Union. Austria's undeserved and unjustified attitude at today's meeting risks affecting the European unity and cohesion that we so badly need, especially in the current geopolitical context," the president said.

The president of the Romanian Chamber of Deputies, Marcel Ciolacu, wrote on Facebook after the decision was announced that "the unfair opposition to Austria is a free Christmas present" for Russian President Vladimir Putin.

"European unity and stability today received a heavy blow from a country that, in difficult times, chose to abandon its European comrades and serve the ... interests of Russia," Ciolacu said. "Austria is clearly cut off from Europe." He added that Austria could expect Romania to use its EU veto power to block Vienna's wishes in the same groundless way.

"It is clear that the main goal of Romanian tourists in Austria is the ski slopes, but we all know that not only in Austria there are ideal conditions for skiing. Similar conditions, maybe even better in some cases, can be found in Switzerland, Italy, France, Germany," said the Minister of Tourism.

He described as "incomprehensible" the attitude of the Austrian government, which opposes Romania's accession to Schengen: "There are neither technical arguments nor an explanation from the point of view of economic interests. Austrian capital is present in many areas in Romania - banking, oil, forestry.

Cadariu told Digi 24 that the average number of Romanian tourists in Austria is 370,000.

Liberal MEP Rares Bogdan demanded during an interview with Antena 5 that Romanian state companies close the accounts they have in Austrian banks in the country. Bogdan accused Austria of "defiant, disgusting, aggressive and senseless" behavior towards Romania.

"Today, Austria was against the interests of Romania and Romanians. The state-owned companies in Romania, which currently have bank accounts through which tens, hundreds of millions of euros flow monthly through Raiffeisen and Erste, are obliged by every single Romanian to close them," he said.

"Following the disgusting attitude of the Republic of Austria to block Romania's access to the Schengen area, the Universitat Craiova, true to the principles rooted in its DNA, has decided to sanction the Austrian partner companies with a full boycott".

Representatives of the Universitatea Craiova announced that starting this month the club will move its accounts from the Austrian joint-stock bank Raiffeisen, and deliveries of fuel and consumables will no longer be made from OMV-Petrom stations. Moreover, from next year the traditional summer camp will no longer take place in a mountain resort in Austria, but in another European country that has similar training conditions.

On social networks, Romanians did not lag behind in their dissatisfaction. Hundreds of posts called for a boycott of Austrian companies, such as Red Bull, Pfanner, Strabag, Swarovski and the already mentioned OMV, Raiffeisen and Erste. Accusations that Austria was acting as an ally of Russia only increased, and calls for a protest outside the Austrian embassy circulated.