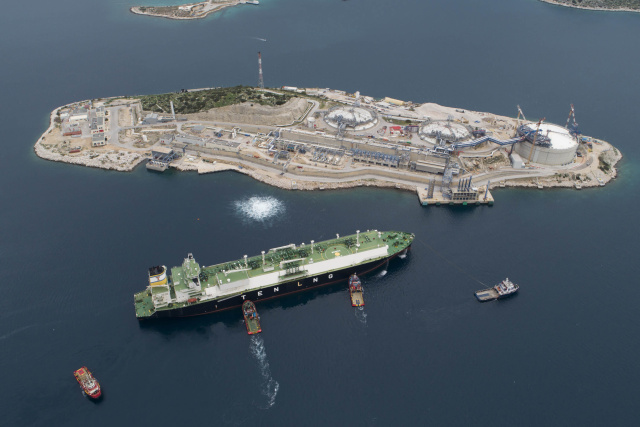 Greece announced that four new gas tankers have been contracted and will arrive at the Revithoussa terminal in January. Part of the gas is intended for Bulgaria.

In January, Greece is ready to continue the supply of natural gas to Bulgaria, according to the operator of the Greek gas supply system DESFA.

At the same time, a strategic reserve of liquefied gas is maintained at the terminal. In January, liquefied gas was imported from Algeria, Nigeria and Egypt, added the information from the Greek side.

The liquefied gas terminal on the island of Revithoussa near Athens has doubled in volume, which provides a technical possibility to supply gas to Bulgaria as well.

The two sides are also negotiating to increase the technical capacity of the interconnector, the Greek Ministry of Energy reports.

At the same time, a new terminal is being built in Greece, along with the one at Alexandroupolis, which is located off the Peloponnese peninsula. When put into operation, this facility will increase the storage capacity of liquefied gas and the guarantees of sufficient fuel to Bulgaria, according to the comments of specialists.