Romanian Diplomat: Austria is playing a Double Game between the EU and Russia, these are Anti-European semi-Mafia Actions 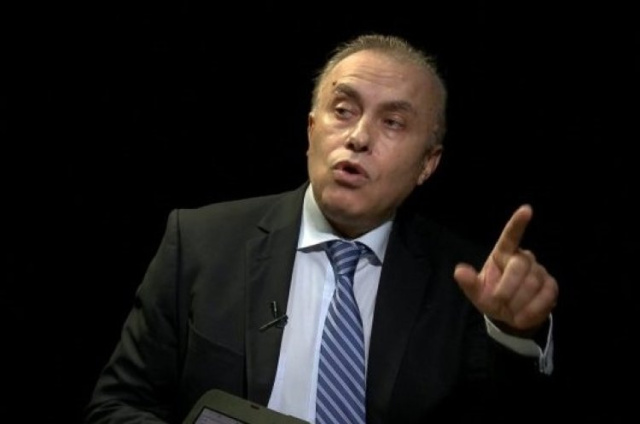 “Let's be very clear. These are anti-European, semi-mafia state actions. Austria, in all its politics, is playing a double game between the European Union and Russia, just as Hungary is playing a double game, just as Cyprus is playing a double game, but less visible to us. As well as France and Germany play a half-double game. All these countries I'm talking about are infiltrated by Moscow at the government level." This was announced by the former ambassador of Romania to Morocco and Portugal and university professor Vasile Popovici in an interview with Radio Timisoara.

The veto that Austria imposed on Romania, together with Bulgaria, caused resentment in Bucharest and sharp reactions, which in some cases went beyond diplomatic language. As early as Thursday evening, the Minister of Foreign Affairs of Romania, Bogdan Aurescu, summoned the Austrian ambassador to the ministry building and handed her a protest note because of "Austria's unjustified and hostile attitude" regarding Romania's admission to Schengen.

Cadres like Popovici, who are no longer in active diplomacy, were far more unrestrained and outspoken in their reactions. "It is a good moment for Romania to show its strength. Diplomacy is not done through negotiations and concessions," said the former ambassador.

Although Austria claims that it voted against Romania's entry into the Schengen area for security reasons, Vasile Popovici believes that economic reasons are behind the veto, as in 2004. Then Romania wanted to become a member of the EU, Austria declared against it, and then offered to be the country's "advocate" for its membership in the union.

“How did this great miracle happen? With the fact that Romania traded the privatization of Petrom in favor of OMV. Then we obviously lost to Austria enormous energy and financial resources in favor of a first class Austrian enterprise. And at that moment, as if by magic, Austria became Romania's lawyer," Vasile Popovici presented his version on Radio Timisoara.

Popovici suggests that even now there is an economic side. What the Austrians want at the moment, according to the diplomat's "intimate belief", is the exploitation of gas on the Black Sea continental shelf. "So they want, let's put it bluntly, a new pig."

Asked how he would handle the Schengen issue if he was now the ambassador in Vienna, Popovici said that Romania has currently sent to Austria "the best ambassador we have". Against this background, he wonders why the Austrian move was not foreseen in Bucharest. According to the diplomat, the Romanian government had to put pressure on the big Austrian companies located in Romania.

"They have three or four very large enterprises with very large economic interests. These enterprises should not be enterprises that put pressure on the Romanian government, but the opposite. They shouldn't have come to us and said, ‘This is what I want, and if you don't satisfy us, the vote will be negative.’ The direction should have been the opposite. If the Austrian vote is not in favor of Romania, you are the ones who will lose," Popovici added.

Despite everything that happened on Thursday, Romania's former ambassador to Portugal and Morocco is of the opinion that rejecting Romania will not increase the percentage of Eurosceptics in Romania.

"I don't believe it, because I saw it from the long process of our accession to the European Union. We have joined all these bodies on which our security and prosperity depend, after the first wave. And then it seemed to me that the populace turned its back on the refusal and showed stoicism. We also come from a long way. Our communism was much harsher than the communism of all the countries around us. The population of our country has been taught to endure. So I don't think an anti-European movement will happen. I don't believe in that," said Vasile Popovici.