Bulgarian MPs voted In Favor of providing Ukraine with Military Aid – Will we send Soldiers? 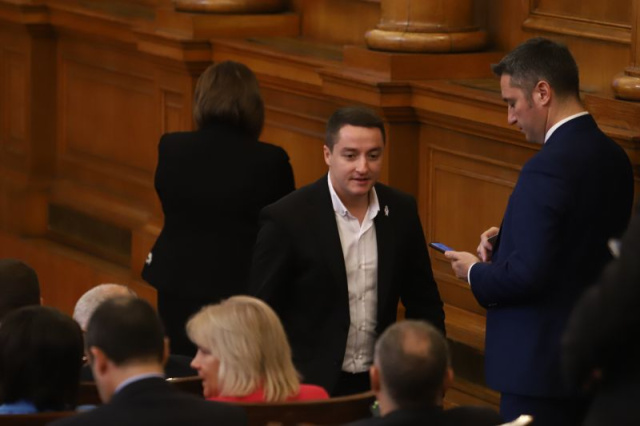 46 MPs from the BSP and "Vazrazhdane" voted "against", and 1 from "We Continue the Change" - "abstained".

According to the voted project, support for Ukraine can be implemented in two ways. The first consists in the provision of military property The second is through a contribution to the European Union Assistance Mission to Ukraine, the objective of which is to contribute to the increase of the military capabilities of the Ukrainian Armed Forces to effectively conduct operations to protect its territorial integrity within the framework of internationally recognized borders, as well as the civilian population.

It is proposed that Bulgaria provide military property within the framework of this mission.

The draft decision also declares Bulgaria's contribution to the European Union Assistance Mission to Ukraine with the participation of servicemen from the Bulgarian Armed Forces in positions at a strategic level in the Unit for Military Planning and Conducting Military Missions of the Common Security Policy and defense of the EU.

In addition, it is planned that the National Assembly will allow the residence of persons from the armed forces of Ukraine to participate in training modules for combat paramedics on the territory of Bulgaria.

Additional points in the decision were also supported - one: the Council of Ministers should continue to take all actions to provide subsequent military and military-technical support to Ukraine, in accordance with its stated need and Bulgarian capabilities, and the other - the Council of Ministers should proceed with the renewal of the departmental wartime stocks of the Ministry of Defense, representing armaments and ammunition, the storage period of which expires up to three years, including by replacing the available ones with newly produced ones by the State Public Enterprises. The text: "against which they receive newly produced ones of the corresponding equivalence" was dropped.

BSP and "Vazrazhdane" objected and voted against the decision.

"This involves us in the conflict and is against the Bulgarian national interest," said Kornelia Ninova.

Both political forces stated that with the wording in item 7 of the decision, our path to accelerated military modernization is practically stopped.

Only Yavor Bozhankov from BSP voted "in favor" of sending military aid. In an emotional speech from the rostrum of Parliament, he said:

"I am absolutely convinced of my position, with a clear awareness of what consequences it may have for me, but I am convinced of one thing - Russia will not win this war".

"We are showing for the first time that we too are part of the civilized world".