The Bulgarian Socialist Party refused to Support a GERB Government with Prof. Gabrovski 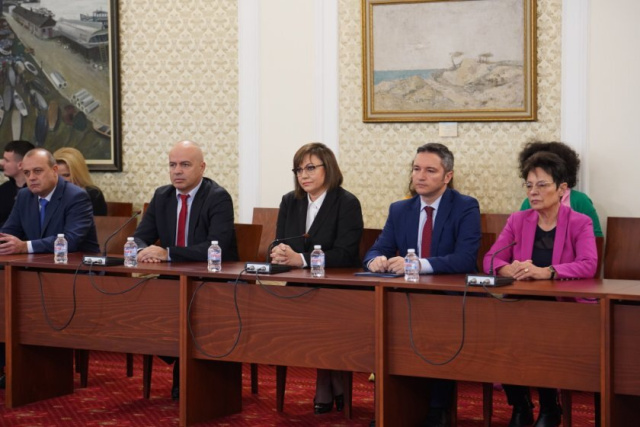 “I begin by thanking you for coming to these talks. As I have stated from the beginning, my main objective as a citizen will be to seek dialogue to form a government. I hope we find a way to switch to dialogue mode.”

This was stated by Prof. Gabrovski, the candidate for Prime Minister of GERB, during his meeting with the Bulgarian Socialist Party (BSP) to form a government.

BSP leader Kornelia Ninova said that they went to the meeting out of respect for Prof. Gabrovski. "Accept our respect for you as a person and a professional. We will not support your government headed by you as Prime Minister, because for us this is a GERB government".

Ninova pointed out that they have long-standing discrepancies with the policies of GERB.

Prof. Gabrovski emphasized that the situation we are in is worrying. "The first mandate was taken by GERB. I think that the possibility of realizing a second or third mandate is lower". He said that the priorities that will be pursued are the realization of the National Recovery and Resilience Plan, the entry into the Eurozone and the entry of the country into Schengen.

"We will not support this mandate, there are possibilities for the second and third. We fully share that Bulgaria needs stability and a functioning parliament," said Ninova to Prof. Gabrovski.

Earlier today, “Democratic Bulgaria” met with Gabrovski and also confirmed they will not support the first mandate.