Public Execution in Afghanistan: The Victim's Father served the Sentence against a Man who Killed his Son 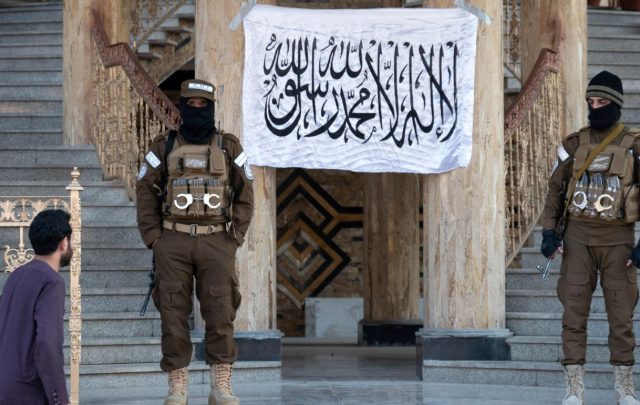 The Taliban have sentenced to death and publicly executed a man accused of murder in western Afghanistan. It is the first confirmed public execution in the country since the Taliban took over last year. The death sentence was carried out by the victim's father.

The verdict was handed down in the western province of Farah against a man who fatally stabbed his victim in 2017, Taliban spokesman Zabihullah Mujahid said, as quoted by the British "Guardian". The execution was carried out with a firearm by the victim's father, who shot the convict three times, Mujahid added.

"The case was heard by three instances and decided by the supreme spiritual leader who is located in the southern province of Kandahar," the Taliban spokesman explained. He added that more than a dozen high-ranking Taliban officials attended the execution, including the acting interior minister Sirajuddin Haqqani and acting deputy prime minister Abdul Ghani Baradar, as well as the country's chief justice, acting foreign minister and acting education minister.

The execution came amid an announcement by Afghanistan's Supreme Court that there had been public floggings of men and women accused of crimes such as robbery and adultery in several provinces in recent weeks. This means that Afghanistan is likely to return to the practices common during the brutal rule of the Taliban in the 1990s, the British daily believes.

In November, a spokesman for the UN human rights office called on the Taliban to immediately stop public floggings in Afghanistan. However, the Taliban's top spiritual leader, Haibatullah Akhundzada, told judges in a meeting that they should impose punishments according to Sharia law.

During the previous Taliban rule from 1996 to 2001, there were public floggings and executions by stoning. Later, such punishments became rare and were condemned by subsequent Afghan authorities, supported by foreign governments. However, the death penalty remains legal in Afghanistan, and death sentences were carried out under previous governments. Public executions also have a long history. Le Petit Journal of 1913 shows a public execution by tying to the muzzle of a cannon and firing a rebel plotting against the Emir of Afghanistan.