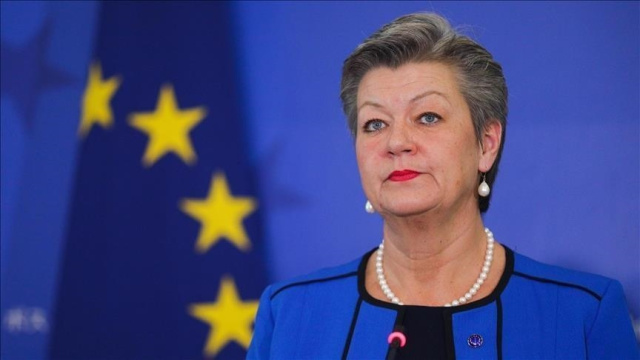 Today is the day when the question of the membership of Bulgaria and Romania in Schengen must be decided. This is how the European Commissioner for Internal Affairs Ylva Johansson answered a question of BNR before the start of the meeting of the Council of the EU, at which it will be voted whether Bulgaria, Romania and Croatia will become part of the Schengen area.

Johansson stated that she observes positive dynamics in relation to both countries.

France and Germany want Bulgaria, Romania and Croatia in Schengen

Germany supports the applications of Bulgaria, Croatia and Romania to join the Schengen area, German Interior Minister Nancy Faeser said in Brussels on Thursday, adding that she did not share Austria's opposition to expanding the visa-free travel zone, Reuters reported.

"I cannot understand Austria's position in this regard," Faeser told reporters ahead of talks with her EU counterparts. "I know that in Austria there are big internal debates about this".

"France believes that these three countries have made very significant efforts ... there is nothing that would contradict their accession," he stressed to reporters ahead of talks with his EU counterparts.

The point of their acceptance in the Schengen area is officially included in the agenda of today's Council of Ministers of the Interior and Justice of the EU.

In practice, the list is a signal that the Czech Presidency of the Council of the EU continues to consider that the discussion and vote on Schengen enlargement with Bulgaria and Romania is not a closed issue because of the unofficially announced reluctance of the Netherlands and Austria to give their consent to new members except Croatia.

On Tuesday Austrian Chancellor Karl Nehammer confirmed the decision of the government in Vienna to block Sofia and Bucharest and pleaded for a decision in autumn 2023.

Austria has tied its agreement to Schengen expansion to the implementation of its five-point plan, among which is strengthening the protection of external borders. Nehammer referred to the Minister of the Interior, Gerhard Karner, who has "set a time horizon until next autumn, when a new date will be set for voting on the acceptance of Bulgaria and Romania".

After talks with the leaders of the Netherlands and Austria, President Rumen Radev was assured that Bulgaria has every chance of entering Schengen next year. He explained that he knew this "from conversations with the two countries, which are still hesitating, and especially with Rutte".

"Romania's interest is above all"

Romanian Interior Minister Lucian Bode commented that Romania wants to enter Schengen together with Bulgaria, but its interest comes first and would accept any compromise in its interest, Digi 24 reported, quoted by BTA.

Bode also commented that, in the most optimistic scenario, Romania is able to prepare the Schengen external border by January 1 to meet all the necessary regulations.

"We set out on this path together with Bulgaria. We are in partnership and good-neighborly relations. We want to enter together, but the interest of Romania is above all. The country must be a member of the Schengen area from 2023. We will accept any compromise in the interest of Romania Today, Romania will only ask for one thing - respect," added Bode.

He informed that within today he will try to hold a discussion with his Austrian colleague.

"This is an event that we have been waiting for 15 years, since joining the European Union. It has been 11 years since we fulfilled absolutely all the conditions for Schengen. Practically, Romania behaves like a Schengen country. For 11 years, we have been investing in human resources, in equipment, in technologies. Unfortunately, during these 11 years, Romania did not benefit from the rights it was entitled to as a Schengen member country," the minister explained.