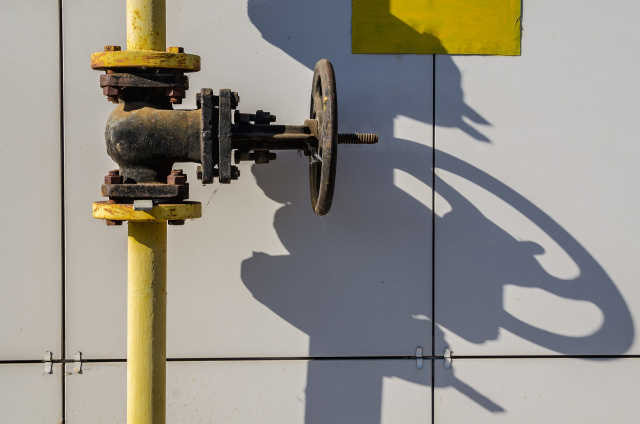 European gas rose about 6% in afternoon European trade as a cold snap in Europe sparked concern and boosted demand for the blue fuel.

In recent days, the old continent's real heating season has begun, with northern Europe facing sub-zero temperatures for the next two weeks, according to weather forecasts. It took a while for winter temperatures to hit the continent, but now it looks like the cold is coming in full force. Earlier today, EC President Ursula von der Leyen indicated that the bloc could agree by the end of the year on a gas price cap, further raising concerns over supplies of the commodity as a number of member states expressed concern that the proposed cap on the prices maybe too high.

Gas storage is still relatively full for the season and LNG supplies continue to arrive. But there are still risks that a stronger cold snap could quickly deplete supplies, leaving the continent at risk of possible supply cuts.

EU gas storage was 90.93% full as of December 5, up from 91.3% a day earlier, according to Gas Infrastructure Europe (GIE), but after being more than 95% full in the first half of November. In the biggest gas consumer, Germany, storage is still 96.4% full, but after mid-November I was close to 100% full.

The Bulgarian storage facility in Chiren was 89.3% full as of December 5, but compared to 89.79% a day earlier and a maximum capacity of 93.71% throughout November.

Although gas storage facilities remain fuller than normal for this time of year and large imports of liquefied natural gas offset the decline in Russian gas flows, the outlook remains challenging, with many analysts suggesting that demand will have to fall further and more will be needed imports of liquefied natural gas to get through the winter months.

Europe and the UK imported a record 11.14 million tonnes of LNG in November and are on track for 12.2 million tonnes in December, but EU gas demand was cut by a quarter last month and governments have already warned of possible disruptions of the power supply.

Traders are keeping a close eye on how long the cold snap will last in Europe and how far it will spread in Asia. With lower pipeline flows coming from Russia, Europe is heavily dependent on LNG supplies, which the region has successfully attracted amid weak demand from major Asian buyers.

But that is already starting to change. China increased energy purchases last month as temperatures there fell and demand for coal and gas for heating also rose. Signs that its restrictive Covid-19 policies are being eased suggest there could be more competition for cargoes, further pushing up the price of liquefied natural gas.