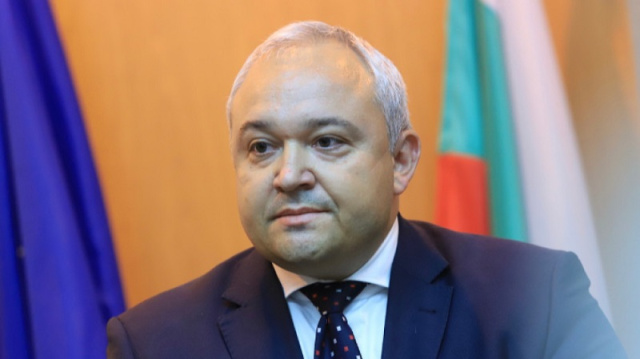 Acting Minister of Internal Affairs Ivan Demerdzhiev told BNT that a joint Bulgarian-Turkish commission found that no shot was fired from the Bulgarian side that injured a migrant. The reason for his comment was the video distributed by the Sky News television channel, which allegedly shows a Bulgarian border policeman shooting a migrant.

The case is from the beginning of October. According to Demerdzhiev, an investigation was started immediately after that, which established that no shot was fired from the Bulgarian side. It is for this reason that the interior minister expressed his disappointment with the distribution of the video, which happened days before the decision was made whether Bulgaria would enter Schengen.

"It is very interesting how we shoot people and the corpses are on our side. I have an agreement according to which a weapon cannot be used from Bulgarian to Turkish territory. It is used when a patrol is attacked or when orders are not followed. It is important to note that stop cartridges prevail in the weapons of the Bulgarian border guards," said Demerdzhiev.

He added that from the circulated video he could conclude that the distance from the migrants to the car at the border, which is said to be of the Bulgarian border police, is very large and it is difficult to fire such a shot with a gun.

The interior minister specified that there is no single EU policy for guarding the external borders. It is for this reason that he proposed to create a forum of all countries with external borders, at which rules for their protection would be established. The EU will be asked not only for financial aid, but also for experts to help implement the rules.