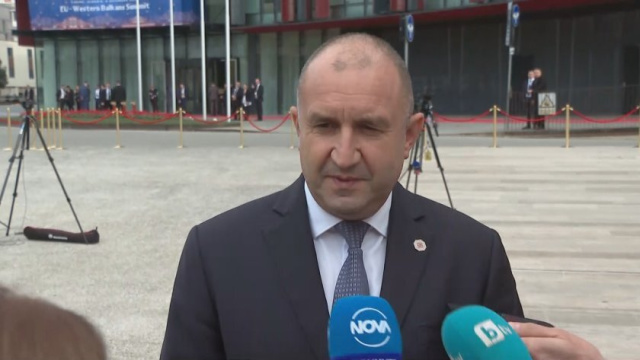 “Bulgaria has every chance to become part of Schengen next year”, said President Rumen Radev. He confirmed that our country continues to work at all levels of diplomacy on the subject of our Schengen membership.

Radev called on the parties not to politicize the issue: "Let this issue not be politicized, let it not be used for a personal feud between party leaders. There is something very important that needs to be done - this parliament needs to pass the laws on the Recovery and Sustainability Plan, which concern the judicial reform. This is the thing that must be done.

We have every chance next year, and I know this from the conversation, especially with the two countries that are still hesitating, especially with Mark Rutte, about Bulgaria joining Schengen next year. But this largely depends on us and on how we will play this game on the field of diplomacy, without emotions and above all without emotions inside Bulgaria", said the president in the Albanian capital Tirana, where he participated in the EU-Western Balkans forum.