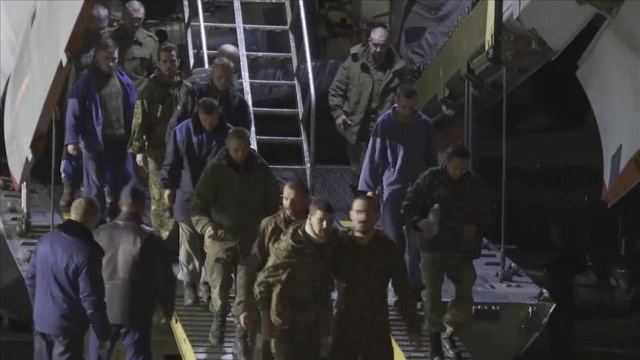 Russia and Ukraine exchanged 60 prisoners of war. The Russian Defense Ministry announced that 60 Russian soldiers would be flown to Moscow, where they would receive medical care and psychological support, and the Ukrainian president's chief of staff, Andriy Yermak, hailed the returning Ukrainians as heroes. Dozens of them were captured in Mariupol during the siege of the Azovstal plant.

The President of Ukraine, Volodymyr Zelensky, today visited the city of Sloviansk in the Ukrainian Donbas, located about forty kilometers from Bakhmut, where the hostilities are currently focused.

Russia said today it could agree with the United States on the need for lasting peace in Ukraine, but said the chances of talks were slim until it achieved the goals of what Moscow called a “special military operation.”

Read more from the 286th day of the war in Ukraine.