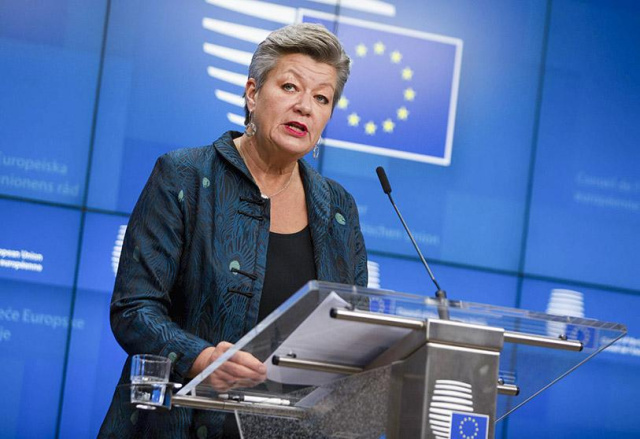 “Bulgaria and Romania have provided even better protection of the external borders than during the Commission's first inspection in October” - this is what European Commissioner for Internal Affairs Ylva Johansson said in response to a question about the Netherlands' decision to veto our country's accession to Schengen.

European Commissioner Johansson added that this was the conclusion after the Commission's mission to the two countries two weeks ago, which included high-level experts, including and from the parties who requested further clarifications. When asked how she would comment on Dutch Prime Minister Mark Rutte's hint that the Bulgarian border can be crossed for 50 euros, she answered:

"We don't have such information at all. So on Thursday the Council table will have all the reports that indicate that Bulgaria, Romania and Croatia fully fulfill all the requirements for full Schengen membership. And I expect that the result of the vote then will be the same".

On Thursday, an extraordinary Council on Justice and Internal Order will be held, at which the accession of Bulgaria, Romania and Croatia to Schengen will be voted on. European Commissioner for Promoting the European Way of Life, Margaritis Schinas, reiterated that enlargement means more, not less, border controls:

"It's a myth and it's dishonest to push the argument that Schengen expansion means less control. It's more and better control."

In order for Bulgaria to enter Schengen, unanimity is required from all member states. Austria also expressed reservations about our accession.

Meanwhile, Bulgaria's acting prime minister Galab Donev stated that “the Bulgarian government is ready for retaliatory measures if the Netherlands and Austria impose a veto on Bulgarian membership in the Schengen area”.