Bulgaria: What Cabinet will the GERB Candidate propose? Who will enter it and what kind of Support does he expect? 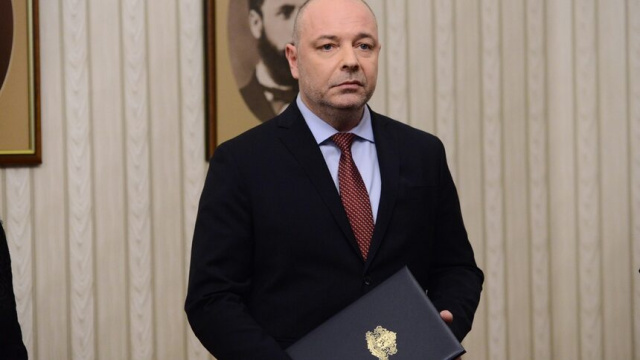 Prof. Nikolay Gabrovski is the GERB-SDS candidate for Prime Minister. He is the deputy director of “Pirogov” Hospital.

When President Rumen Radev handed over the folder with the mandate, the doctor noted that it was his duty and honor to make every effort for Bulgaria to have a working government.

"For me, it is a duty and a matter of honor to make all possible efforts for Bulgaria to have a working government. Unfortunately, Bulgaria is currently at the crossroads of many crises - economic, social, migrant pressure that has taken its toll, a political crisis that is already ongoing two years. I will make every possible effort to propose a cabinet that is further away from political talk and confrontation and closer to expertise and professionalism, so that Bulgaria can more easily pass through this difficult historical moment, in where we are," he noted.

"I hope that choosing me, as a person who is consensual and professional, will give the opportunity for a new tone in politics, because purely political passions - did not bring anything. We will rely more on professionalism", he pointed out after his meeting with the head of state.

"You know how many elections there have been in recent years. This thing has to stop somehow," he declared, again insisting that political talk leads to nothing.

The professor noted that no people have yet been chosen to join his draft cabinet, but vowed to seek dialogue with all parties in parliament.

"To move to dialogue, to look for common points of contact in order for Bulgaria to overcome this difficult period. The doors will be open to everyone, we will look for professionalism and expertise. We are starting the talks today, we will not waste any time. I hope, that everyone has appreciated the fact that I am consensual, I am used to working in a team, after all, this is my profession... We have a lot of work ahead of us. We are starting the conversations in a completely new way," Nikolay Gabrovski concluded.

The professor graduated from the Medical Academy - Sofia in 1996. Initially, he worked as a doctor in the Neuroresuscitation Department of "Tsaritsa Joanna" Hospital. He has been at the Neurosurgery Clinic of "Pirogov" since 1997.