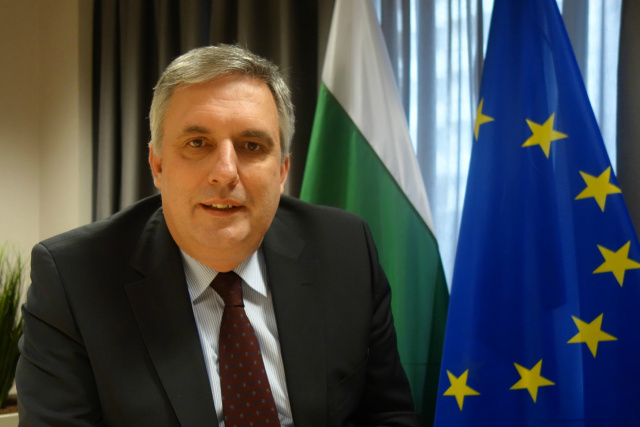 "Once again, the Netherlands is solving some internal problems with this process of entry of Bulgaria and Romania into Schengen". Ivailo Kalfin, director of the European Agency for the Improvement of Living and Working Conditions - Eurofound, former foreign and social minister, stated this to the Bulgarian National Radio.

"Many times the EC has said that our country is absolutely ready. Many times the EP has adopted a similar opinion. Last month, Bulgaria invited experts from European countries to familiarize themselves on the spot with how all the systems required for Schengen work. The Netherlands refused to send their experts then. They are not very interested in the truth, which is objective, but simply made a decision in advance, which they have made for more than 10 years already," he commented in an interview for BNR.

According to him, it will be very difficult to change the Netherlands' decision before December 8, when our accession to the Schengen area is to be voted on. Still, efforts should be made until the last moment, believes Ivayio Kalfin.

"There are no arguments in The Hague, there are none in the Dutch government. They cannot convince either their own political family or the other countries in Europe of their action," he added.

"Accepting Croatia and Romania and leaving Bulgaria outside Schengen is a political act that is not only unfounded, but also insulting to the state, because it is not based on any objective facts. We have problems and we should not close our eyes to them. But Bulgaria is a border country of the EU and we are doing everything possible for our sake and for the sake of the EU to preserve this border. Our partners cannot treat Bulgarian efforts in this way," commented Ivailo Kalfin.

According to him, if Bulgaria remains outside Schengen, this will not mean long-term European isolation.

He recalled that the decision to accept Bulgaria and Romania must be taken with absolute unanimity. "Any country can impose a veto. This tool should be used very carefully," he stressed and expressed the opinion that this would be one of the strong arguments to rethink the role of the unilateral veto. According to him, Bulgaria has never abused this tool.

"Bulgaria must be very careful and use the tools when they are available, so as to tell our partners that we are not a silent element in the EU and we will not be. Such an attitude is not acceptable".