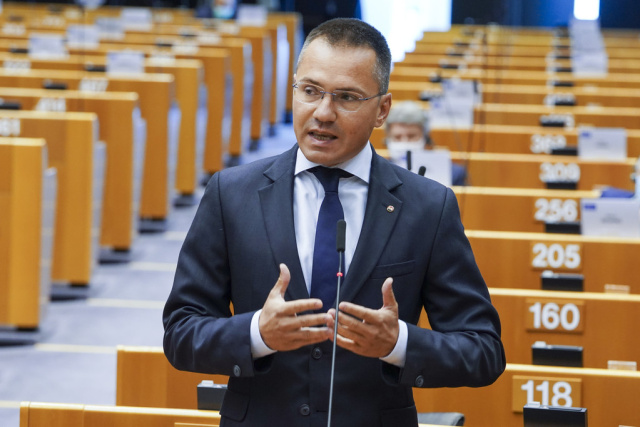 “The issue of Bulgaria's entry into Schengen is not a technical one - Bulgaria has long since met all the necessary criteria. The question is an economic and political decision, and here we witness the extreme hypocrisy and duplicity of some of the Western countries. For 11 years, Bulgaria and Romania have been outside the Schengen area for purely economic reasons - so that they can stop the trucks of our carriers and hinder competition.”

This is what MEP Angel Djambazki told Nova TV after the Dutch decided to block the admission of Bulgaria into the Schengen area.

“Notice this hypocrisy when the EU explained to us that we should not keep one country(North Macedonia)out of the accession, because it was not European and it was not a European value, and for 11 years now the Western countries have kept Bulgaria and Romania as second-hand countries. Obviously, this is not about technical criteria.”

“There is no solidarity. And there won't be. This is the understanding of European values. Two standards, two circles of countries, an inner one, these are white countries, and the others in the outer circle, a gray area for cheap labor to come from. This is how politicians in countries such as the Netherlands and Austria view the periphery.”

“After so many years outside Schengen, we need to look for backbone in some Bulgarian politicians”, Djambazkialso said. “If they weren't such drivellers and if they didn't constantly salver themselves the Westerners, if they had looked after Bulgarian interests as they should, they would have behaved differently towards us. The special problem of the Bulgarian politicians is that they are always looking for a boss, someone to command them - whether it will be the Soviet star in the Kremlin or Washington, - a continuous driveling with the external superiors. When they treat Westerners as servile, they treat us the same way.”

“If Bulgaria had shown character - not to close the Kozloduy NPP unit, if it had held a firm position regarding the Bulgarians in Macedonia, those on the other side would have respect. And they see that we kneel before every Westerner, and they give us what we deserve.”

“Due to reasons from Germany, the Netherlands has declared against our entry into Schengen”, Djambazkiadded. “Germany expresses the policy of a group of countries that govern the EU. Germany is responsible for our part of Europe, so if something happens or doesn't happen, things should be looked for in Berlin”, Djambazkiadded.