The Pentagon unveiled the new B-21 Raider stealth bomber 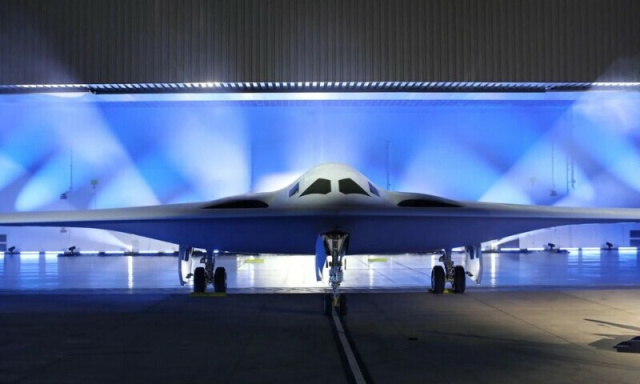 The newest American stealth bomber was shown to the public on Friday after years of secret development, BTA reported.

The plane is part of the Pentagon's response to growing concern about a future conflict with China, the Associated Press reported.

The B-21 Raider is the first new American bomber in more than 30 years. Almost every aspect of the program since its creation is confidential. It was introduced at the Northrop Grumman Corporation plant in Palmdale, California.

The new bomber is part of the U.S. Defense Department's effort to modernize all three arms of its nuclear triad, which includes silo-launched nuclear ballistic missiles and submarine-launched warheads, as it realigns from counterterrorism campaigns in recent decades to counter the rapid China's military modernization.

China is on track to acquire 1,500 nuclear weapons by 2035, and its advances in hypersonic weapons, cyberwarfare and space capabilities pose “the most consistent and systematic challenge to US national security and the free and open international system”, the Pentagon says in its annual China report released this week.

“We needed a new bomber in the 21st century that would allow us to meet much more sophisticated threats, such as the threats we fear will one day face us, coming from China, Russia”, said Deborah Lee James - Minister of the Air Force, when the Raider contract was signed in 2015.

While it looks like a B-2, once you get inside, there's no resemblance, said Kathy Warden, chief executive of Northrop Grumman, the company that builds the bomber.

Among the changes are advanced materials used for the aircraft's skin, which make it more difficult to detect.

This is not just another plane, Defense Secretary Lloyd Austin said. "It embodies America's determination to defend the republic we all love."