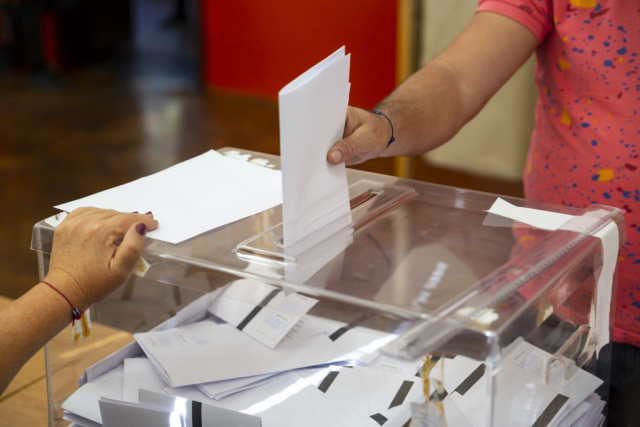 “If there are elections before the local ones - early parliamentary ones, they will be voted in mixed conditions - by paper or by machines, at the local ones, if the following logical texts proposed by the Movement for Rights and Freedoms (DPS) are accepted, voting will be done with paper ballots that will be scanned by machines”. This was explained by the chairman of the legal commission, Radomir Cholakov.

The Parliament accepted Mustafa Karadayi’s proposal that the Bulgarian voter should vote with a paper ballot in the polling station. Hamid Hamid explained that the text, if adopted in transitional and final provisions, would apply to local elections, not early parliamentary ones, and was tied to the introduction of machines to scan paper ballots. He added that the machines they offer should have something to scan.

At the same time, the deputies also approved the proposal of the legal commission that the voter can vote by choice - with a paper ballot or with a ballot for machine voting. The rule remained that there are no voting machines in sections with less than 300 voters, when voting with a mobile ballot box, in polling stations in medical facilities, homes for the elderly and other specialized institutions for the provision of social services, as well as abroad, for the formation of which less than 300 applications were submitted or in which less than 300 voters voted in the last election. The one who chose the machine voting cannot vote with a paper ballot, the National Assembly noted.

The discussion on the point was terminated at the suggestion of Georgi Svilenski from the Bulgarian Socialist Party (BSP), followed by a sharp reaction from "We Continue the Change" and "Democratic Bulgaria", exchange of remarks, procedures in the way of conduct.

Deputies continue to discuss and vote in the second reading on changes to the Electoral Code. They extended their meeting until the final adoption of the code.

Earlier today, “We Continue the Change” stated that they will not propose a government if parliament returns the paper ballots.