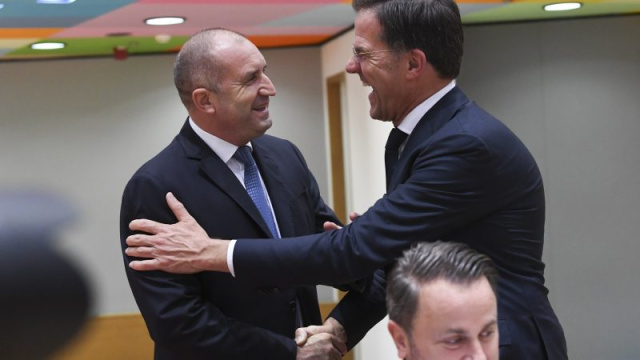 “The institutions of the European Union and the member states must be guided by the established criteria for Schengen membership and not by other considerations.” This was stated by President Rumen Radev in a telephone conversation with Dutch Prime Minister Mark Rutte. The Netherlands is one of the countries in the Schengen area that disagrees with the accession of Bulgaria.

“Leaving Bulgaria out of Schengen is not in the interest of the European Union and does not contribute to common efforts to deal with security challenges and the severe economic crisis in Europe”, Radev said in the conversation.

The Parliament of the Netherlands voted in October a resolution against our entry into Schengen, and yesterday the Dutch newspaper "Algemeen dagblad" reported that if the country continues to oppose the accession of Bulgaria and Romania to the Schengen area, it is possible that it will not get the leadership post of the European Frontex border control agency.

Until a few days ago, there was also uncertainty in Sweden whether to support Bulgaria and Romania. However, the Swedish Social Democrats, who are crucial to the majority in parliament, have already informed their Bulgarian colleagues in the EP that they are positive about expanding the area.

The third country that is against our entry into the free movement zone is Austria.

On December 8, the European Council "Justice and Home Affairs" must decide on the accession of Bulgaria, Romania and Croatia to the Schengen Area.