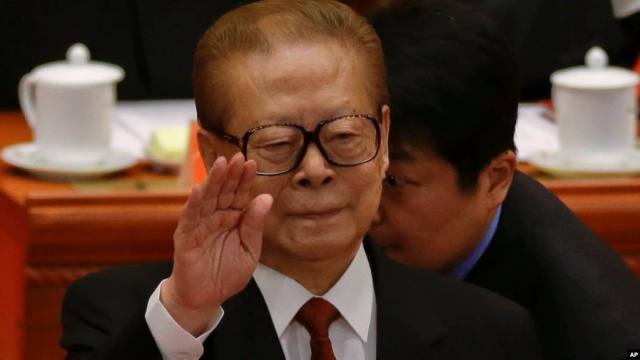 Former Chinese leader Jiang Zemin passed away due to leukemia and multiple organ failure at the age of 96, state media reported on Wednesday.

He passed away at 12:13 pm (local time) in Shanghai, Xinhua news agency reported. Jiang served as general secretary of the Communist Party, as chairman of the Central Military Commission, and as president of China.

Jiang's death was announced in a letter addressing the whole Party, the entire military and the Chinese people of all ethnic groups.

The letter says they proclaim with profound grief to the whole Party, the entire military and the Chinese people of all ethnic groups that our beloved Comrade Jiang Zemin died of leukemia and multiple organ failure after all medical treatments had failed.

The letter says that the leader was an "outstanding leader enjoying high prestige acknowledged by the whole Party, the entire military and the Chinese people of all ethnic groups, a great Marxist, a great proletarian revolutionary, statesman, military strategist and diplomat."

He was also described as "a long-tested communist fighter, and an outstanding leader of the great cause of socialism with Chinese characteristics."

According to Xinhua, Jiang was the core of the CPC's third generation of central collective leadership and the principal founder of the Theory of Three Represents.