The Acting Prime Minister: Bulgarian citizens will not be Cold this Winter 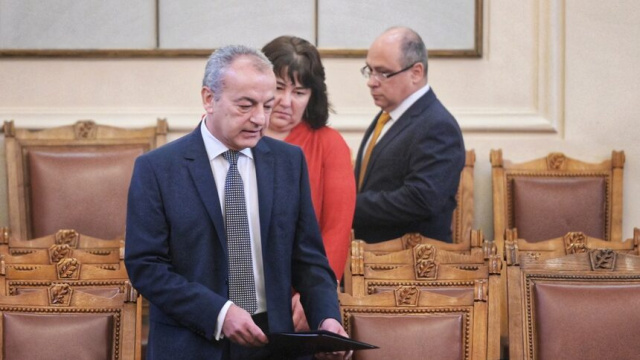 Deputies are discussing today the bill extending the validity of the budgets of the Health Fund, the state social insurance and the state budget.

The extraordinary meeting of the National Assembly began with a 30-minute delay - with a break during which Prime Minister Galab Donev and the two ministers - of labor and finance - were given the opportunity to come to the parliament.

From the parliamentary rostrum, Prime Minister Galab Donev announced that the caretaker government had resolved all the pending crises. He responded to criticism that the cabinet refuses to conduct income policy and practically freezes them with the so-called extension law.

According to the prime minister, a caretaker government does not have the right to its own policies, and that is why he proposed keeping the ones adopted by the National Assembly in the current budget laws. At the same time, a solution to many problems has already been found, Donev added:

"Bulgarian citizens, you will not be in the cold and dark this winter, because this is guaranteed by the caretaker government with the supply contracts it organizes, transparent auctions for gas supplies, the price of gas was reduced and Bulgarian consumers, both domestic and business, use the cheapest gas in Europe".

At the same time, people's representatives announced changes in the main financial parameters, although with the extension law they should remain at their current levels until the formation of a new regular cabinet.

"One smart package, one moderate package, with which we do not violate financial discipline, do not put the Bulgarian state at risk, economically and financially, but also help people this winter".

Nastimir Ananiev from the PG of "We Continue the Change" declared his formation's intention to submit a proposal to change the minimum wage:

"The minimum wage will be entered, at what we have stated since entering the 48th NA, and that is to be 50% of the average wage"