Breaching EU Sanctions will soon be a 'Eurocrime' 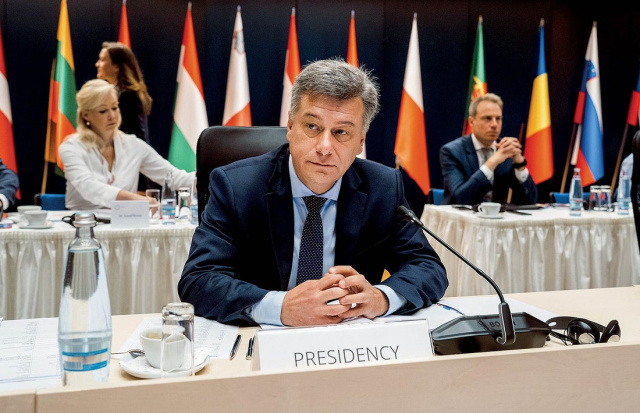 The Council of the European Union, representing the member states, unanimously adopted a decision to add the violation of the restrictive measures to the list of "European crimes" included in the Treaty on the functioning of the EU, reported the press service of the institution.

The EU has adopted a number of restrictive measures in relation to Russia's military aggression against Ukraine and it is essential that these measures are fully implemented, the announcement noted.

It highlights that Member States currently have different definitions of what constitutes a breach of restrictive measures and what sanctions should be applied in the event of a breach.

Therefore, it could lead to different degrees of implementation of the restrictive measures and to a risk of their circumvention. This could allow the people targeted by these measures to continue to have access to their assets and support the regimes targeted by the EU measures.

The inclusion of the breach of the restrictive measures in the list of "euro crimes" is the first of two steps to ensure a similar degree of enforcement of the sanctions across the EU and to deter attempts to circumvent or breach them, the announcement added.

Following the adoption of this decision, the European Commission will present a proposal for a directive containing minimum rules for the definition of crimes and sanctions for breaching EU restrictive measures. This draft directive will then have to be discussed and adopted by the Council and the European Parliament.

Pavel Blazek, the justice minister of the Czech Republic, which holds the rotating EU presidency, said: "The EU has reacted decisively to Russia's unprovoked and unjustified war against Ukraine. It has adopted an unprecedented number of sanctions targeting the Russian economy and hampering its ability to continue this aggression. "

"To be successful, their implementation requires joint efforts and today's decision is an essential tool to ensure that all attempts to circumvent these measures are stopped," he stressed.

What are "EU crimes"?

According to the Treaty on the Functioning of the EU, the European Parliament and the Council can establish minimum rules for the definition of crimes and sanctions in the field of particularly serious crime with a cross-border dimension.