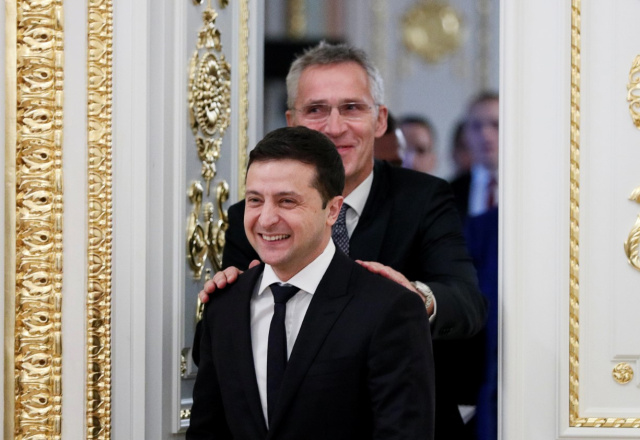 “We must not forget that Russia attacked Ukraine and Ukraine is a victim of aggression, therefore it has the right to defend itself. There will be no lasting peace if Russia wins.”

This was stated by NATO Secretary General Jens Stoltenberg at a press conference on the occasion of next week's meeting of the foreign ministers of NATO countries in Bucharest, reports BTA.

“If we let Russian President Vladimir Putin win, we will all pay a higher price in the years to come”, he added.

According to him, Putin and other authoritarian leaders may decide that they will achieve their goals by force and thus the world will become more dangerous.

We are all paying the price of Russia's war against Ukraine, but Ukrainians are paying with their blood, Stoltenberg noted.

President Putin is failing in Ukraine and responding with even more brutality - Russia is striking cities and civilian infrastructure, leaving Ukrainians without heating, water and food, and these are war crimes, he summarized.

Most wars end in negotiations, but negotiations depend on events on the battlefield. NATO will continue to support Ukraine as long as necessary. And we will not back down, said Stoltenberg.

He expressed expectation that NATO foreign ministers will approve the provision of additional aid to Ukraine with fuel and medical supplies.

Read more from the 275th day of the war in Ukraine.