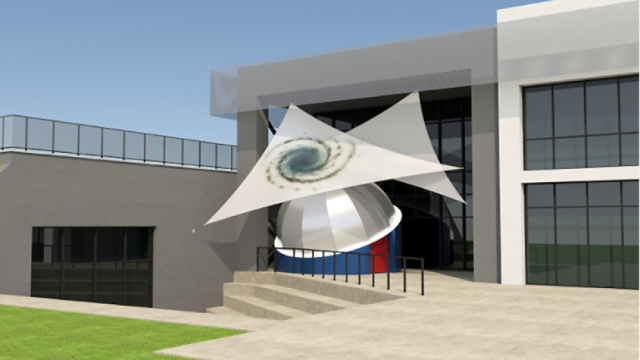 In Sofia, the first planetarium in the capital will be opened with an official ceremony in front of the Regional Center for Contemporary Arts "Toplocentrala". It was created by a team of the “Photonica” Experimental Design Bureau.

"We have gathered people from three generations. We have a goal, we work, we find money. None of us knew how to make planetariums. We learned it all in the last two years. There is enough information on the Internet, and people."

The diameter of the dome is 5 m, the height is 4.6 m and it has a capacity of 15 people. As of November 26, the planetarium will welcome its first visitors.

Popular science films about the universe, the oceans and the Earth will be screened in the planetarium. Cartoon films with the same theme are provided for the youngest.

Until now, Sofia was the only European capital without a planetarium.