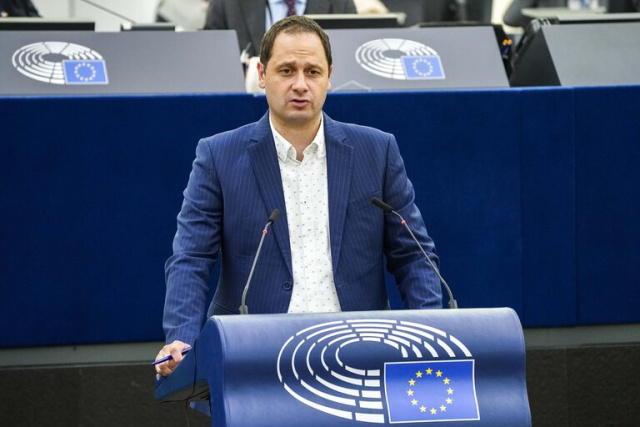 Out of a total of 12 MEPs from the Progressive Alliance of Socialists and Democrats who voted against the resolution declaring Russia a sponsor of terrorism, 5 were Bulgarian socialists from the political group. This is what the results of the vote on the document indicate.

The chairman of the delegation of the Bulgarian socialists, Petar Vitanov, motivated the negative vote of his colleagues as follows:

"This resolution cannot call for the limitation, as much as possible limitation, of all diplomatic contacts. This means that a peaceful solution is simply not sought, negotiations are not sought, but further escalation is clearly sought. With this heavy rhetoric itself, in the end, in my opinion, we untie Putin's hands and enter into Putin's narrative. Declare him a terrorist and then you practically untie his hands to do whatever he wants in Ukraine without regard to anything."

The majority of negative votes on the resolution came from the group "Identity and Democracy" - 26 people. Among the Bulgarian MEPs, Eva Maydell from the European People's Party and Andrey Slabakov from the European Conservatives and Reformists did not participate in the vote.

In the document, the parliament calls on the EU to continue to isolate Russia internationally, including when it comes to its membership in international organizations and bodies such as the UN Security Council. Members of the European Parliament want the EU's contacts with official Russian representatives to be reduced to the absolute minimum, and the institutions linked to the Russian state in the EU, which spread propaganda around the world, to be closed and banned. The document calls on member states to quickly complete their work on the ninth package of sanctions against Moscow.

Read more from the 273rd day of the war in Ukraine.